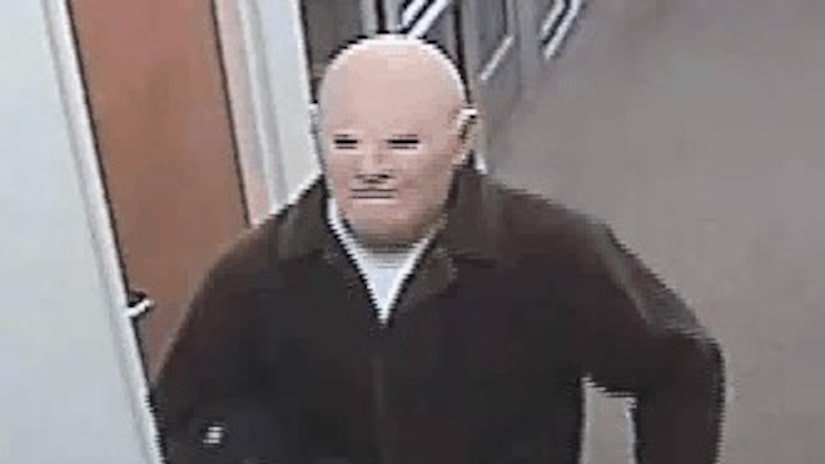 PUYALLUP, Wash. -- (KCPQ) -- Detectives are asking for help identifying the suspect in an “armed takeover-style” bank robbery in South Hill.

Officers were called around 5 p.m. Monday to the Banner Bank in the 13600 block of Meridian Ave. E.

According to the Pierce County Sheriff's Department, the suspect entered the bank wearing a latex mask and showed a handgun. The suspect walked behind the bank counter, demanded cash, and threatened to start shooting if the demands were not met.

The suspect is described as a white or light-skinned black male, approximately 6' tall, weighing about 230 pounds. He was last seen wearing a green coat, khaki pants, brown shoes, latex gloves, and a latex mask that covered his entire face and head.

Crime Stoppers of Tacoma/Pierce County is offering a cash reward of up to $1,000 for information leading to an arrest and charges filed. Call 1-800-222-TIPS. As always, you can remain anonymous.