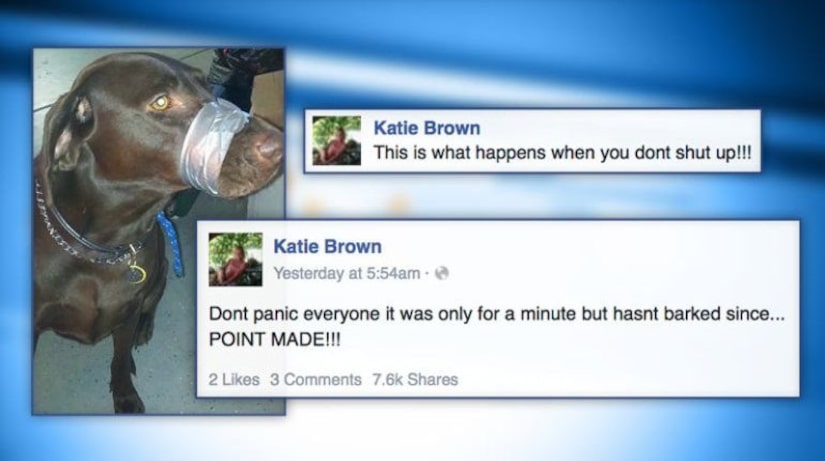 CARY, N.C. -- (KCPQ) -- Police have arrested a woman who allegedly posted a photo of a dog with its muzzle taped shut on Facebook — a picture that sparked outrage online.

On Monday, police in Cary issued a news release that they had arrested Katharine F. Lemansky, 45, who had a Facebook page with the name “Katie Brown.”

Lemansky allegedly posted the photo on Friday with a caption that read, “This is what happens when you dont shut up!!!”

Since then, authorities in two states said they've been flooded with calls about her.