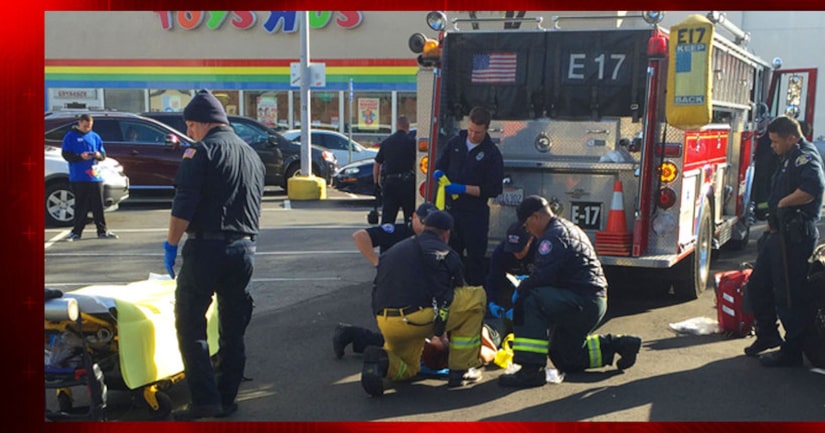 SAN JOSE, Calif. -- (KRON) -- Police are investigating a possible shooting that happened near a popular toy store in the South Bay around noon on Tuesday.

The incident began at around 12:50 p.m. when San Jose police officers responded to Thornwood Way and Winfield Boulevards after a victim reported seeing a person driving his stolen vehicle in the area.

Officers spotted the stolen vehicle being driven in the area of Blossom Hill Road near Almaden Expressway.

As officers tried to stop the car, the suspect sped off ramming the stolen SUV into other occupied vehicles, including a police car.

“Shots were fired in the direction of the suspect vehicle,” police said.

According to a witness at nearby sports store, the driver of the dark colored SUV led police on a chase through the Almaden Square Shopping Center parking lot, parked the vehicle in front of Toys 'R' Us and ran into the toy store.

Another witness who asked to remain anonymous was shopping for toys when the suspect charged into the store. The witness said that the suspect was taken into custody inside the store.

The suspect suffered a gunshot wound to his side, the witness said.