The Transportation Security Administration catches many items every year going through the country's airports. Luckily the agency maintains a blog about their finds.

We've reviewed some of the more memorable artifacts in search of the most unusual. What we found were weapons -- lots and lots of weapons. And some drugs.

Here's a selection of some of the more creative carry-on caches of contraband caught by the TSA. 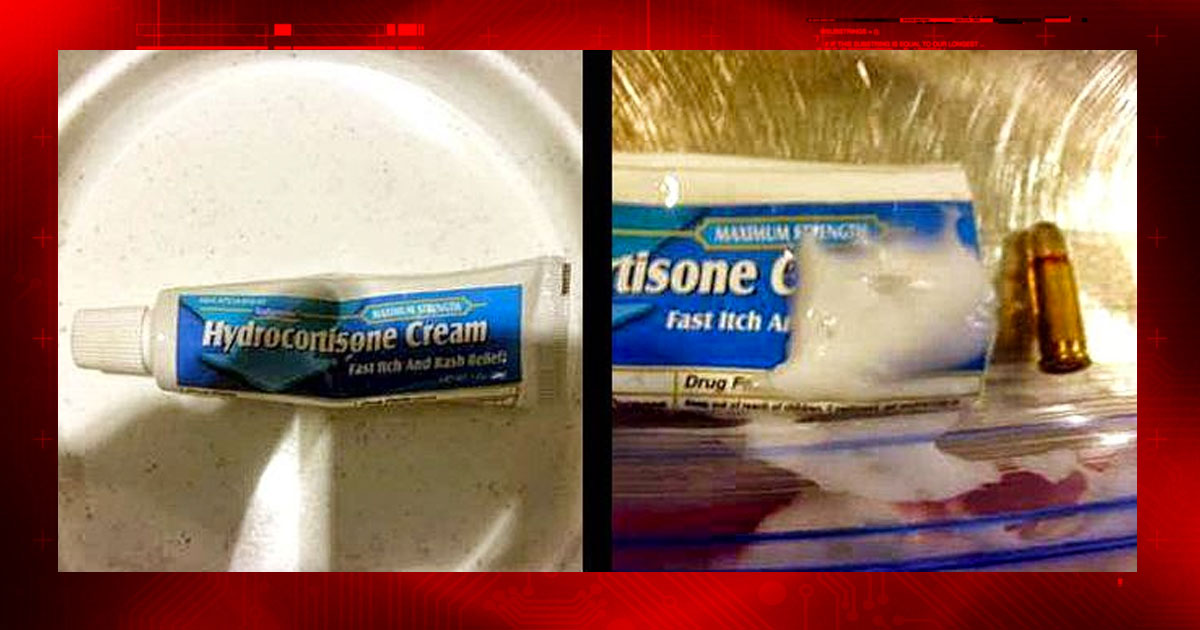 A single round of .22 caliber ammunition was detected inside a bottle of medical cream at Miami (MIA). 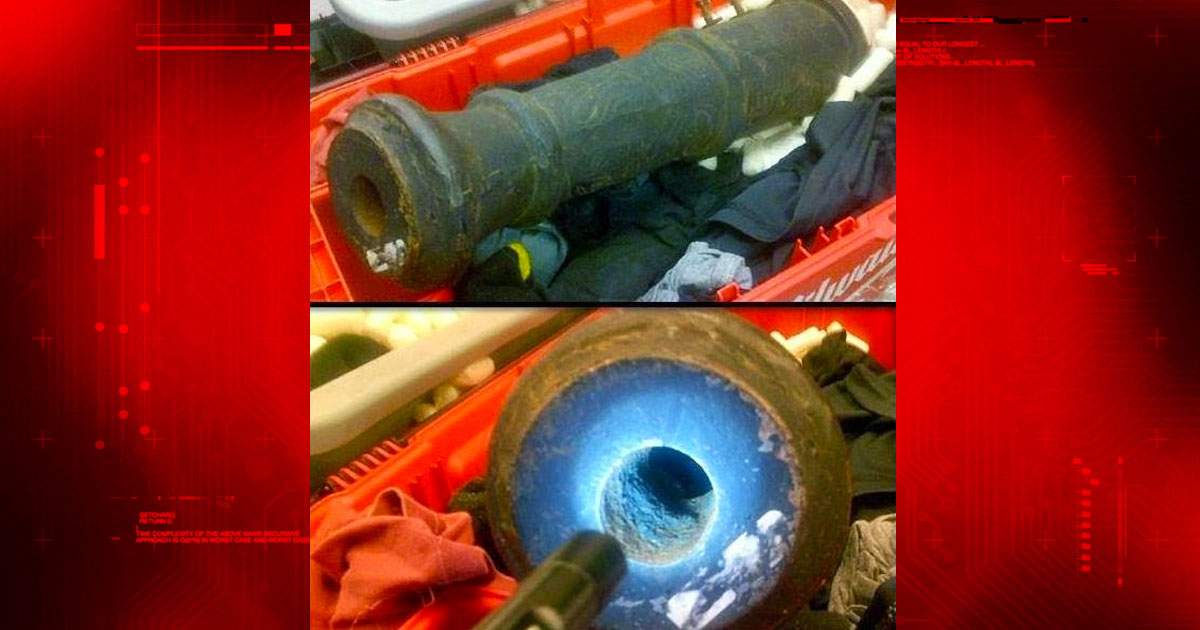 An unloaded cannon barrel was discovered with a passenger's checked items at the Kahului Airport (OGG). 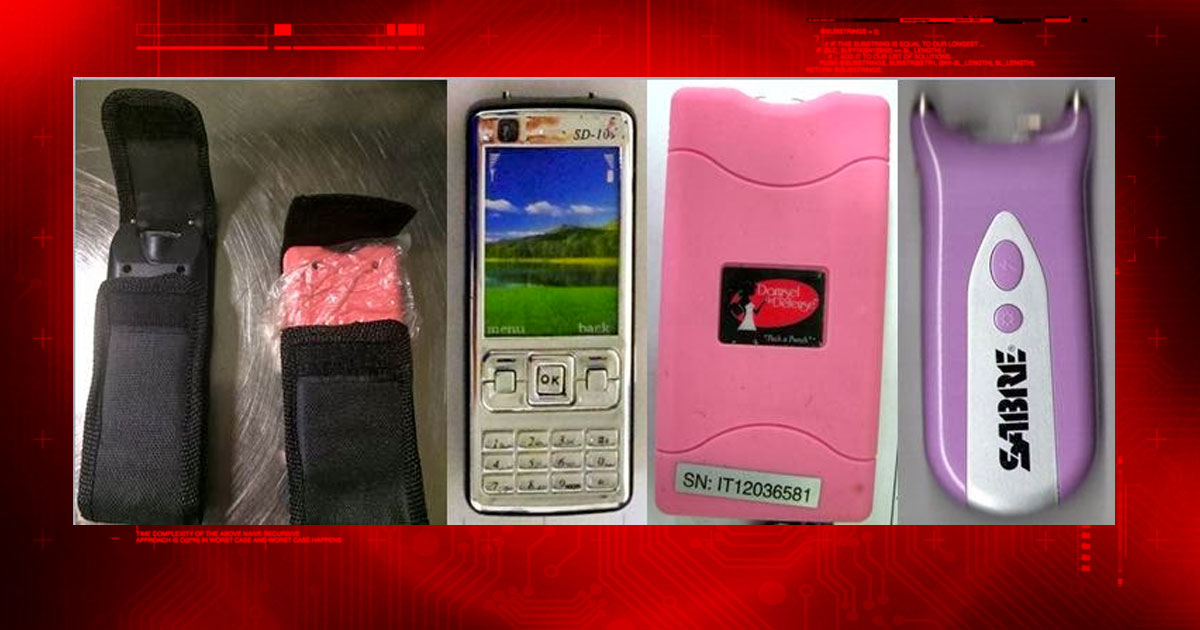 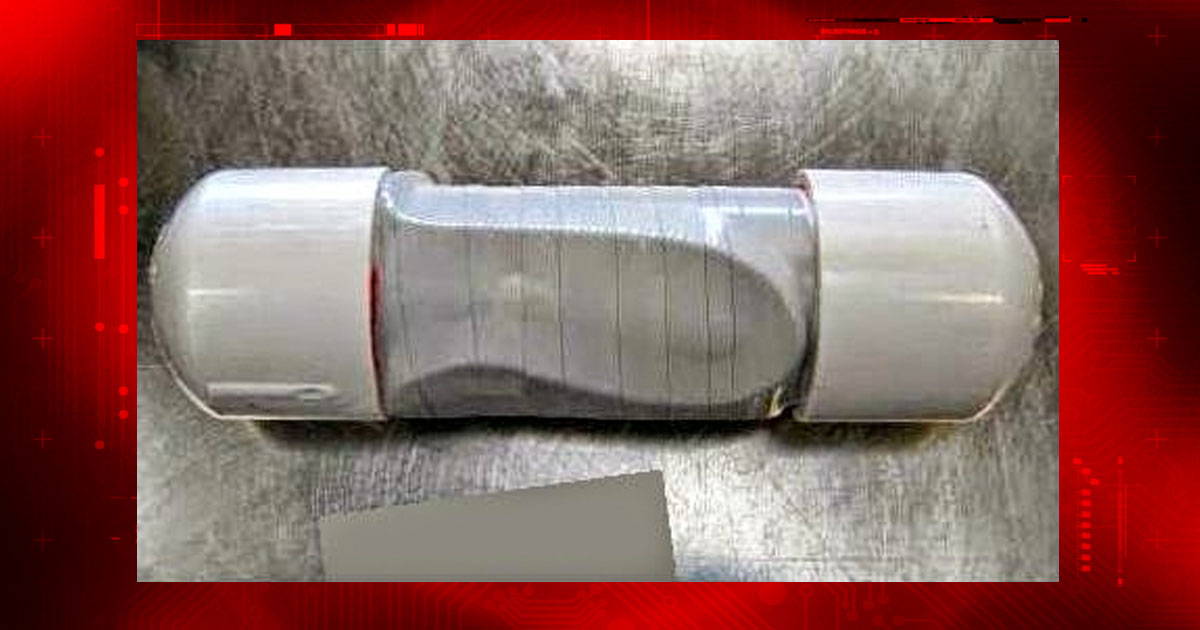 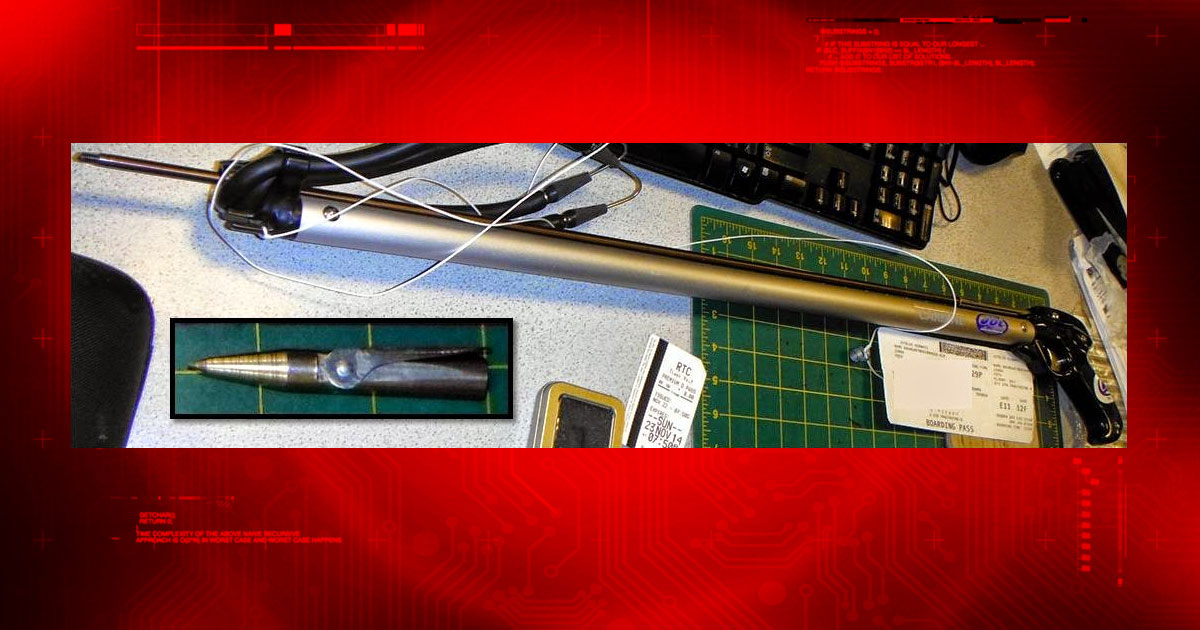 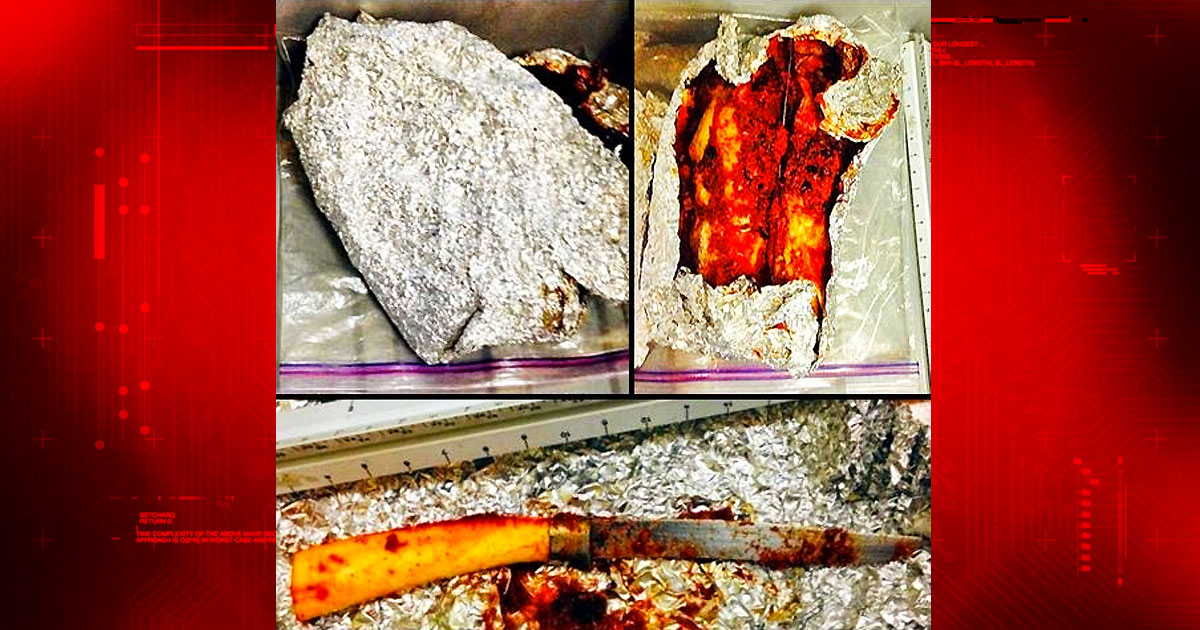 An 8.5” knife was discovered in an enchilada at the Charles M. Schulz–Sonoma County Airport (STS). 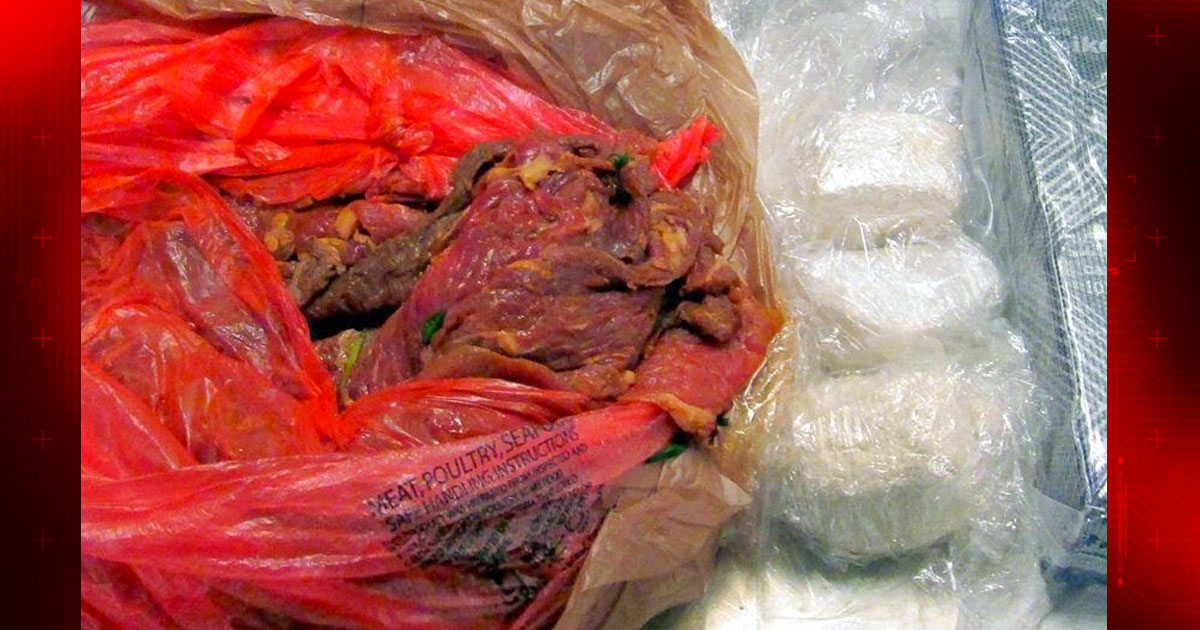 A San Jose International Airport (SJC) passenger was arrested after nearly three pounds of cocaine was discovered in his checked baggage wrapped inside a package of raw meat. 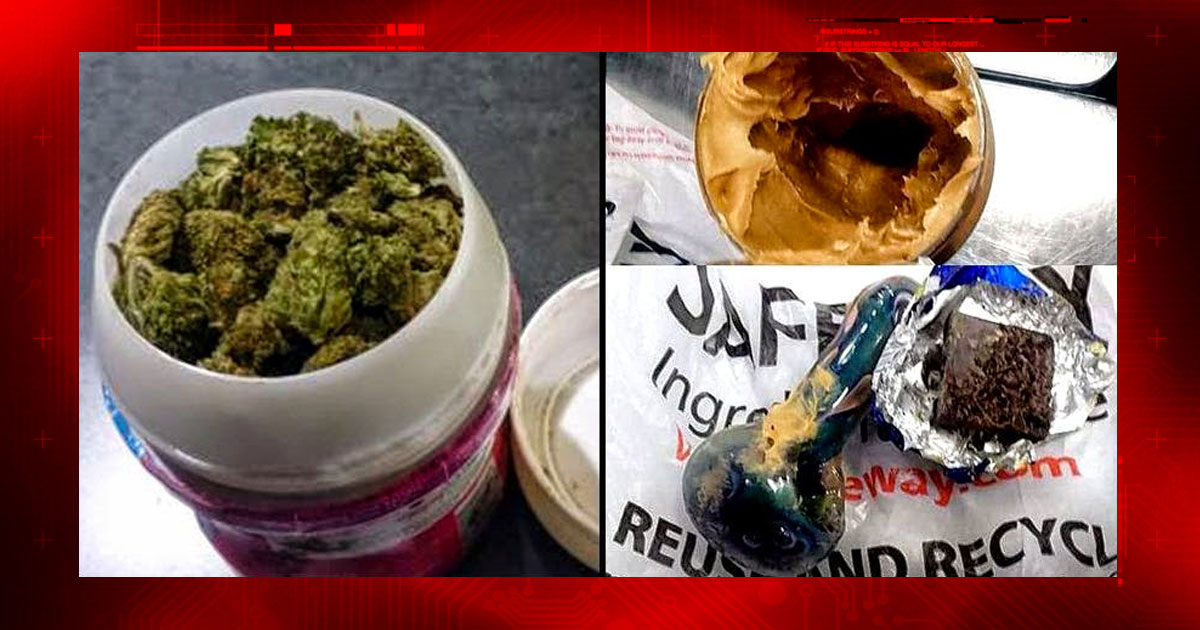 After being screened by Advanced Imaging Technology, a small jar of peanut butter with marijuana inside was discovered above the waistband of a Sacramento (SMF) passenger.

Blades. So many blades 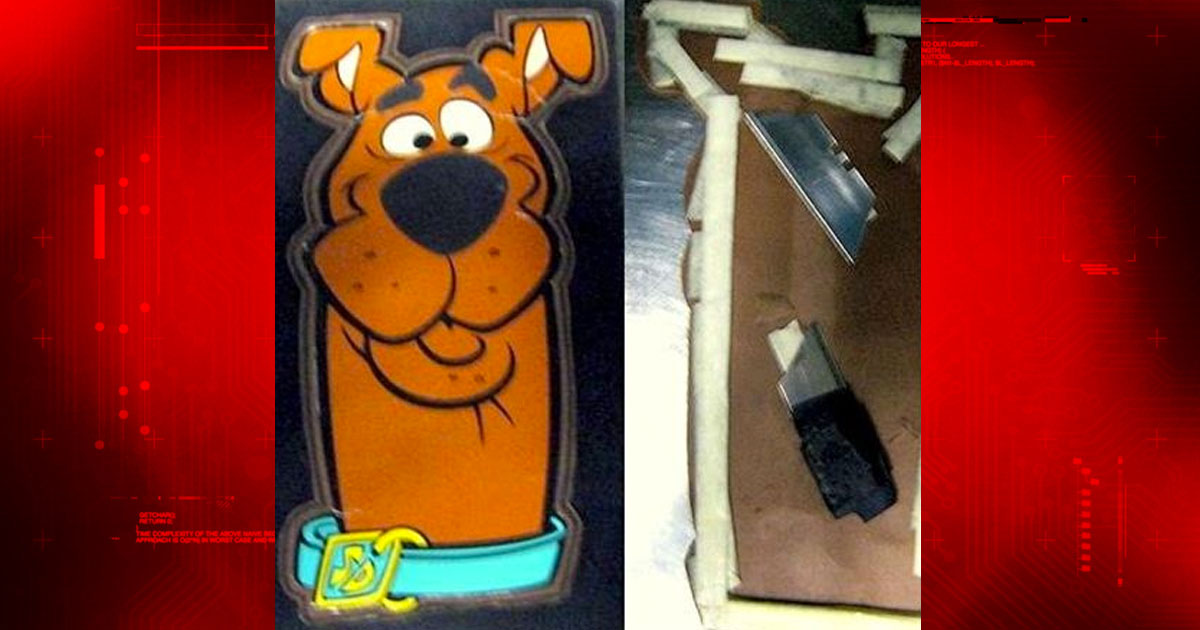 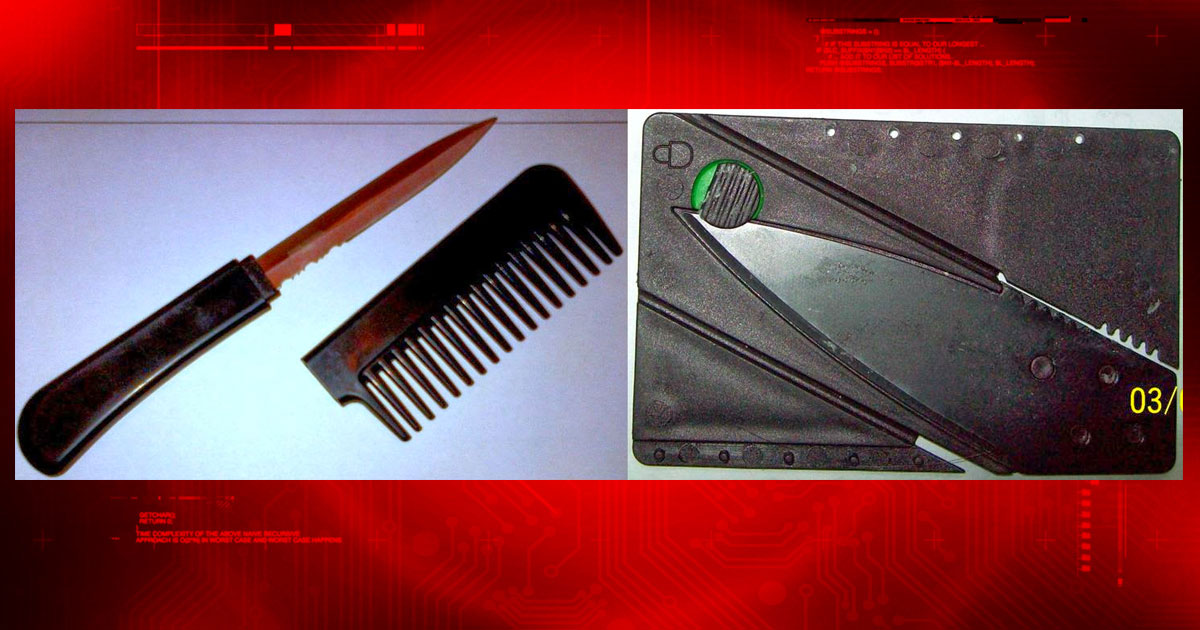 A concealed double edge knife inside a comb was discovered at San Francisco (SFO). Credit-card knives are also frequently found around the country. 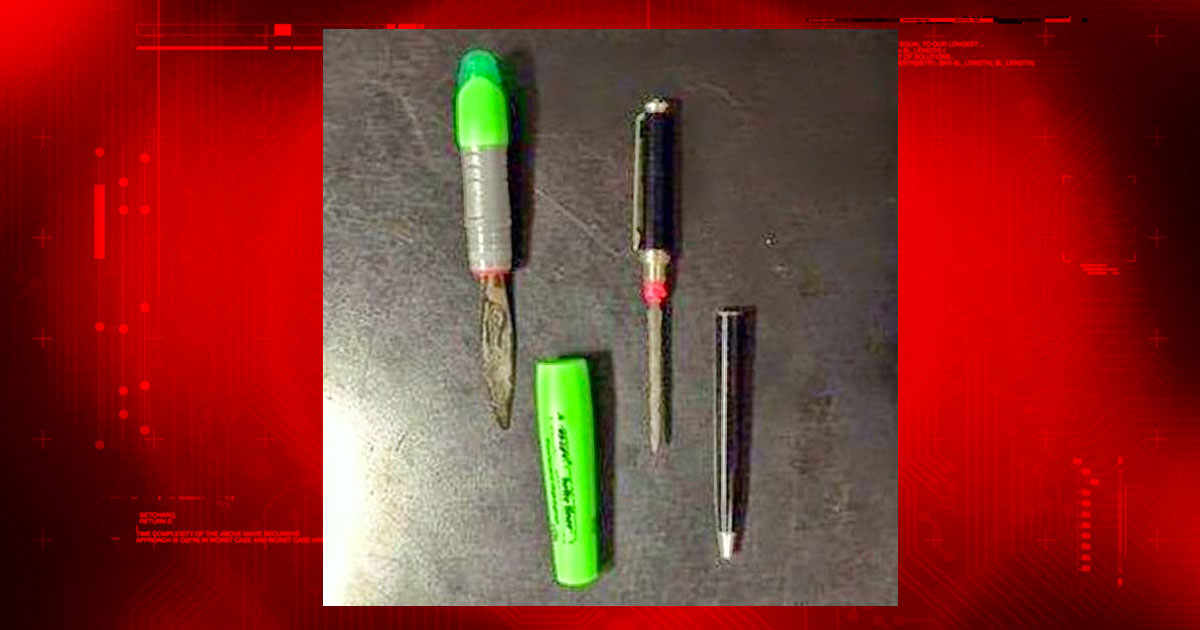 An anomaly was detected with Advanced Imaging Technology in the center chest area of a Philadelphia (PHL) passenger. After a pat-down, a pen and highlighter combo was discovered that was concealing small knives. 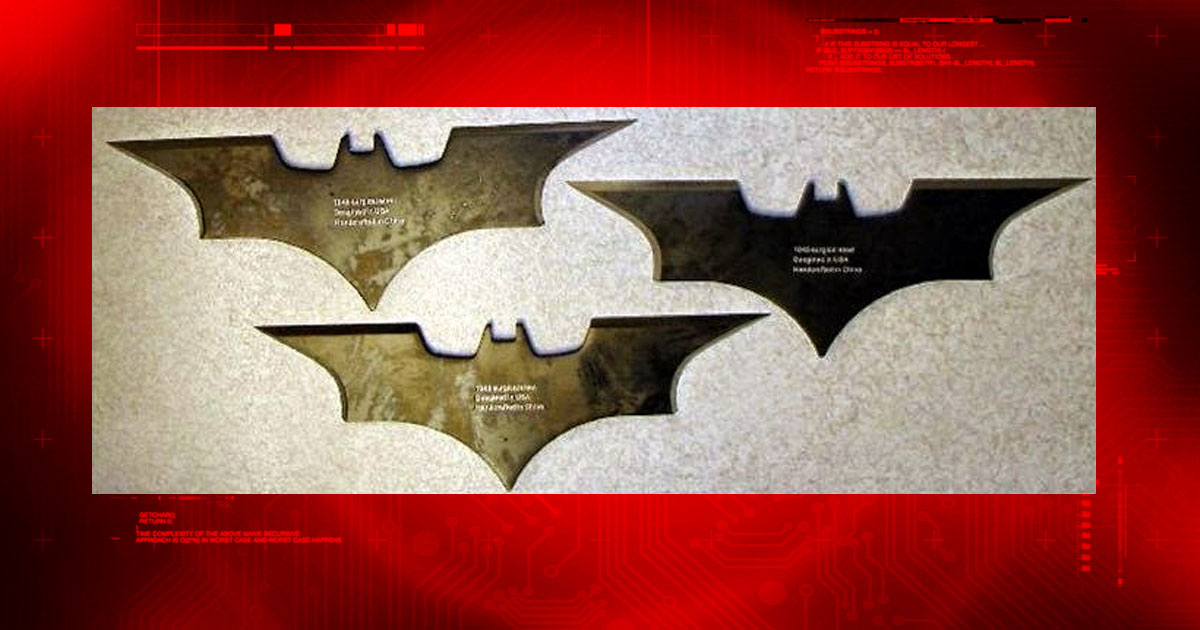 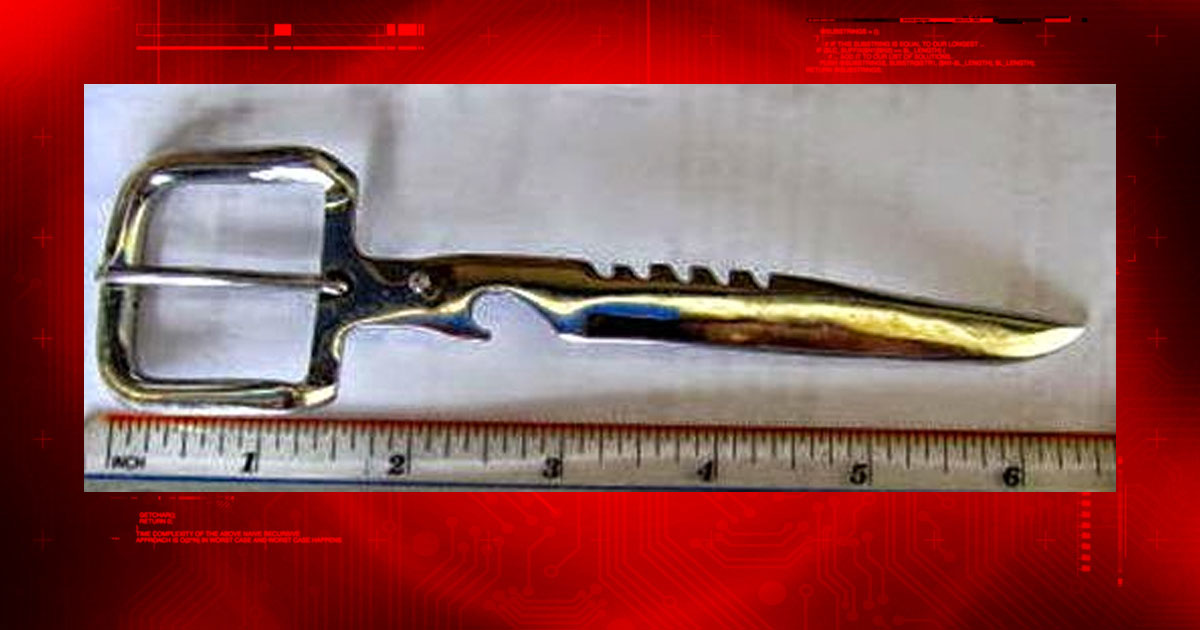 A belt buckle knife was discovered at Saipan (GSN) on the Saipan Island in the United States Commonwealth of the Northern Mariana Islands. 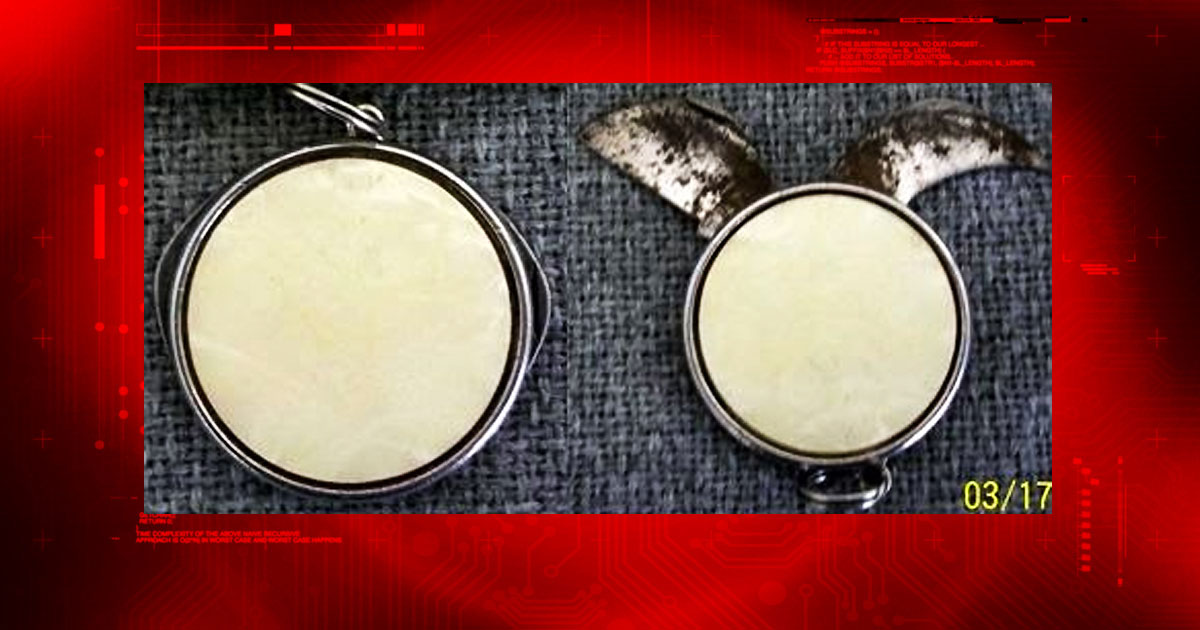 A pendant knife was found at Jacksonville International Airport (JAX). 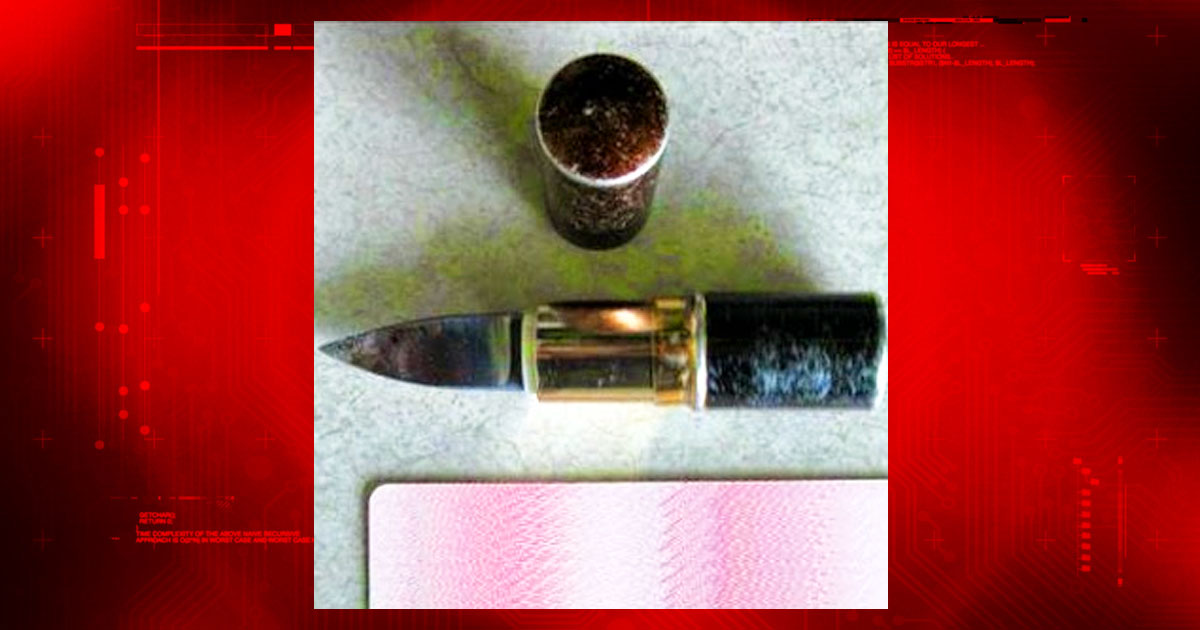 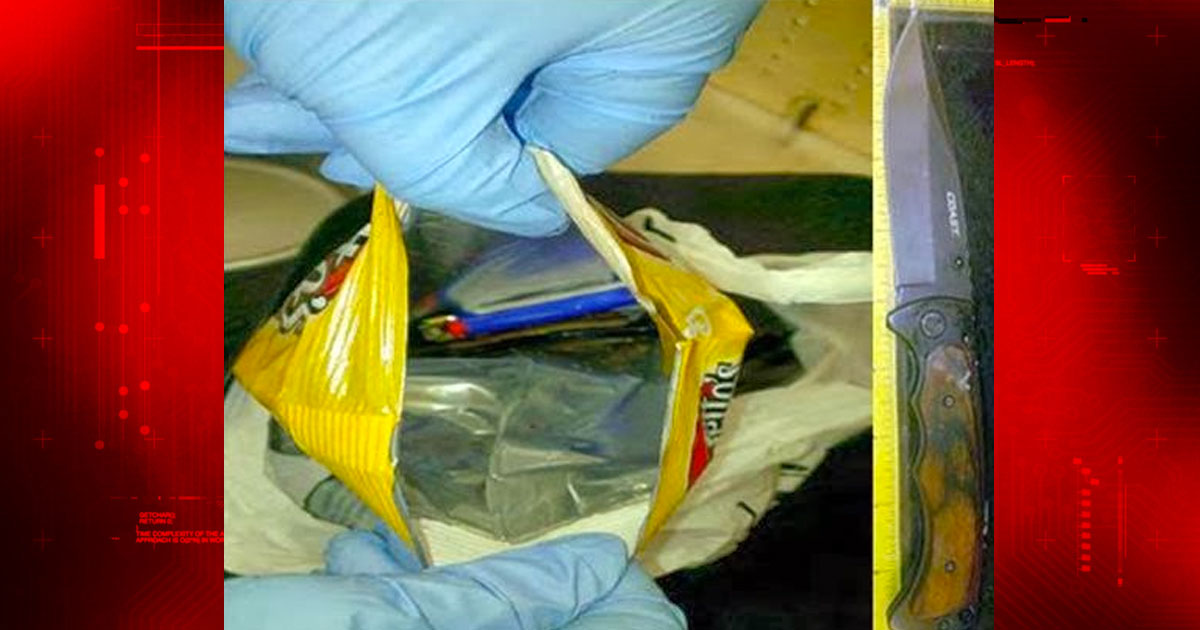 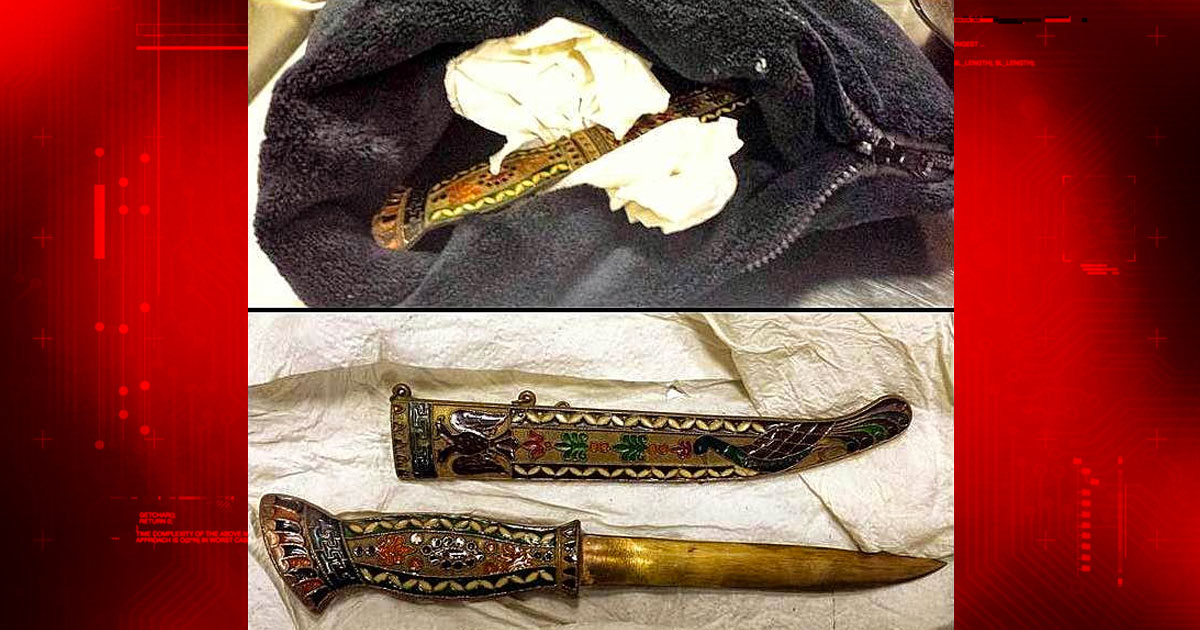 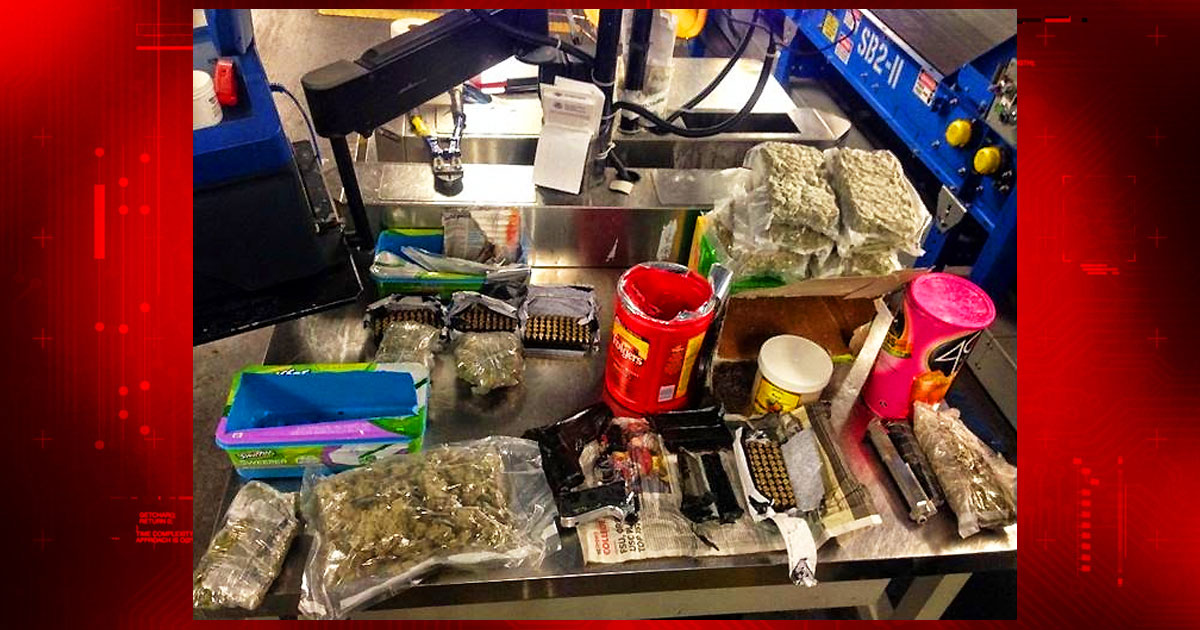 When TSA officers at John F. Kennedy International Airport (JFK) opened a checked bag for a routine inspection, they discovered many household items, like baby wipes, coffee, lemonade mix, and a box of cat litter. After a closer look, they found two disassembled .40 caliber handguns, 350 rounds of ammunition, and 58 bricks of marijuana (33 pounds) concealed in the products. The traveler was arrested on state charges by the Port Authority Police.