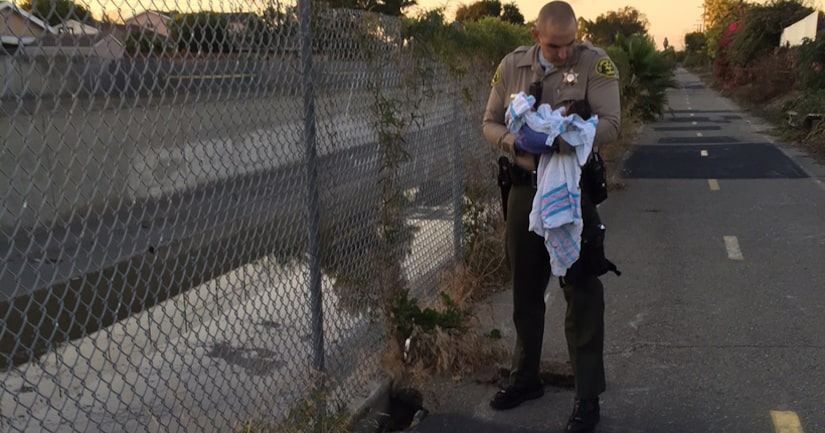 LOS ANGELES -- (KTLA) -- Detectives were seeking information Saturday after discovering a days-old newborn that had been “buried alive” near a riverbed in Compton, according to a Los Angeles County Sheriff's Department news release.

A caller reported to sheriff's officials Friday around 4 p.m. that a baby was crying in the riverbed, which travels north and south between West 136th Street and North Slater Avenue, the news release stated.