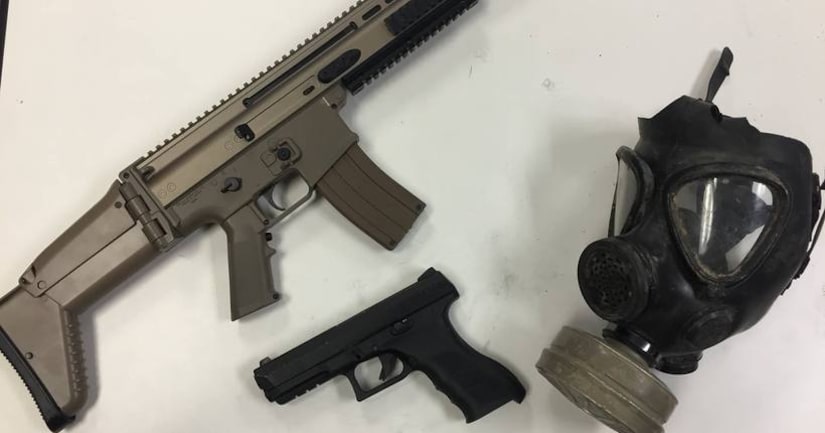 Multiple CHP and sheriff's units responded about 5 p.m. to the 101 Freeway at Chesebro Road, where at least 10 callers reported feeling threatened by two men, one of whom was dressed in military fatigues and appeared to be armed with an assault rifle, a news release from the Los Angeles County Sheriff's Department said.