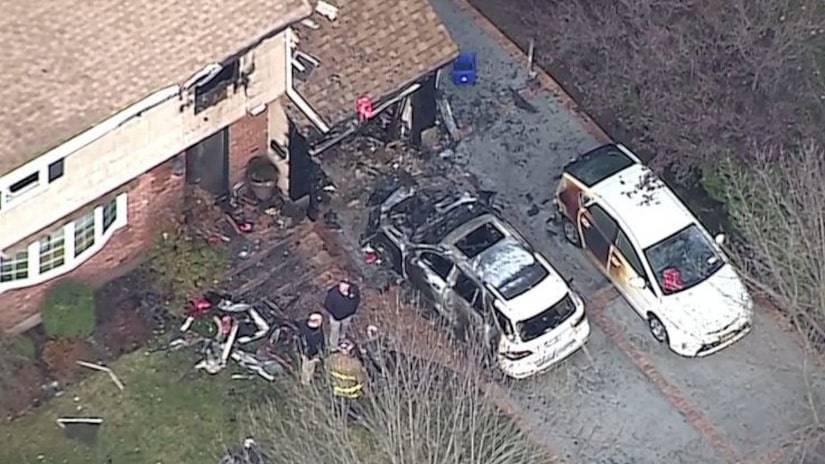 BALDWIN, N.Y. -- (WPIX) -- A young man is in custody and a family is out of their home after firefighters and police responded to the family's home for a second time in a week. This time, though, their house was a total loss, an arrest has been made, and family members are grateful they survived what could have been a deadly situation.

"It's devastation," said Rusty Garcia, a cousin of the family of four who live in the home on Harrison Avenue. "It's terrible."