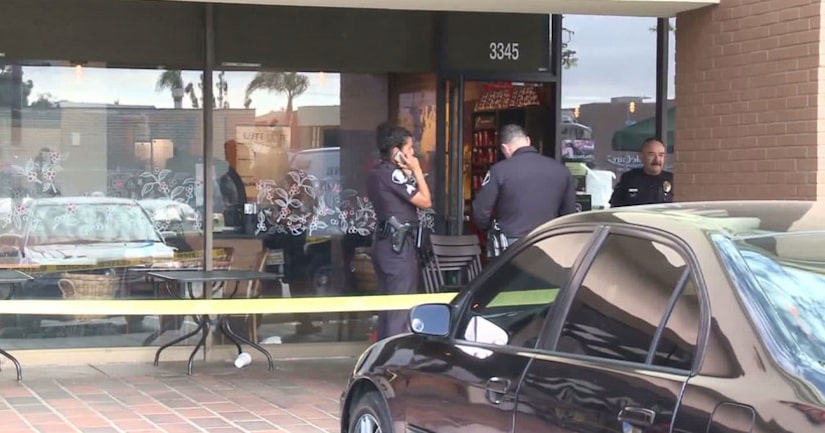 SANTA ANA, Calif. -- (KTLA) -- A young man used a skateboard to fatally strike another man who was harassing him and other customers at a Santa Ana Starbucks on Tuesday, according to accounts from witnesses and police.

The incident occurred shortly after noon at a Starbucks in a strip mall near South Bristol Street and West MacArthur Boulevard, near South Coast Plaza.

Two eyewitnesses told KTLA that a man was bothering coffee shop customers outside the Starbucks location, and then began punching the store's window. The man, who seemed to be on drugs, went inside and zoned in on a young skateboarder, the witnesses said.

The man approached the skateboarder aggressively, prompting the young man to stand up and whack the first man once in the head. The witnesses described the incident as self-defense.

“He just came abruptly into the store, looked at the kid, and said, 'Did I stutter?'” a witness told KTLA. “He took at step forward towards the kid as if he were going to attack him, and that's when the kid hit him with the skateboard.”

FULL STORY: Man Dead After Being Hit in Head by Skateboarder in Act of Self-Defense at Santa Ana Starbucks: Witnesses - KTLA