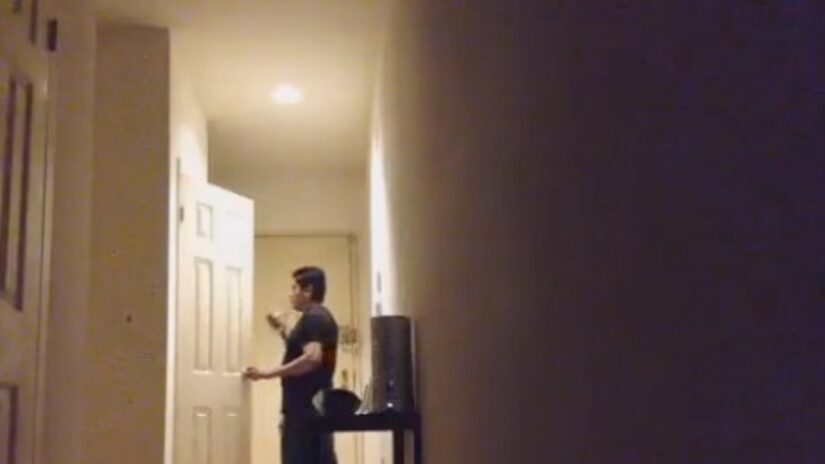 NEW YORK CITY -- (WPIX) -- A Midtown woman is suing her landlord after she captured video of her super allegedly entering her apartment and sniffing her underwear.

Ashley Chase, 26, told the New York Post that she noticed several bras and pairs of underwear had gone missing over a period of time.

Chase, who lives in a studio apartment on E. 55th Street, decided to borrow an old iPhone from her sister to set up a hidden camera using the app Presence. The app allows users to watch their home in real time. It also begins recording videos when motion is detected.