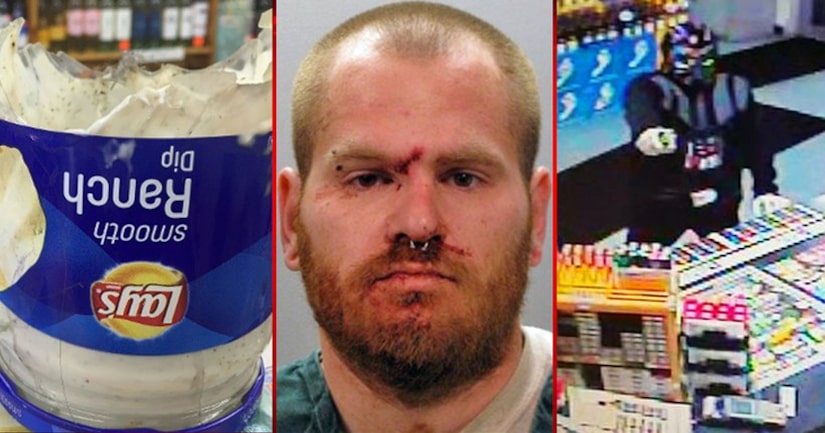 The man, seen in surveillance video, held up the 8 Til Late on 3rd Street about 5:30 p.m. Sunday, police said. They later determined the man was 32-year-old Jacob Mercer. He was charged with armed robbery.

Investigators said Mercer entered the store, showed a silver handgun and demanded money. The clerk told police he refused to give the man money and threw a jar of ranch dip at him, hitting him in the face.

After Mercer fled in a silver four-door vehicle with a New York license plate, police tracked him to a home on 5th Street South in Jacksonville Beach. A witness who said he saw Mercer pull off his mask as he was getting into the vehicle later positively identified Mercer as the man who fled from the convenience store in the costume, police said.

Police eventually caught up with Mercer after he fled the store at a house not far away. After a short standoff involving police and K9 units, Mercer eventually surrendered and police discovered the gun he had used was a fake.

Police said that if you are a store clerk and find yourself in a situation like this, the best thing to do is to try and get away and call 911. They said they're happy everything worked out in this situation, but they believe this could have been much worse.