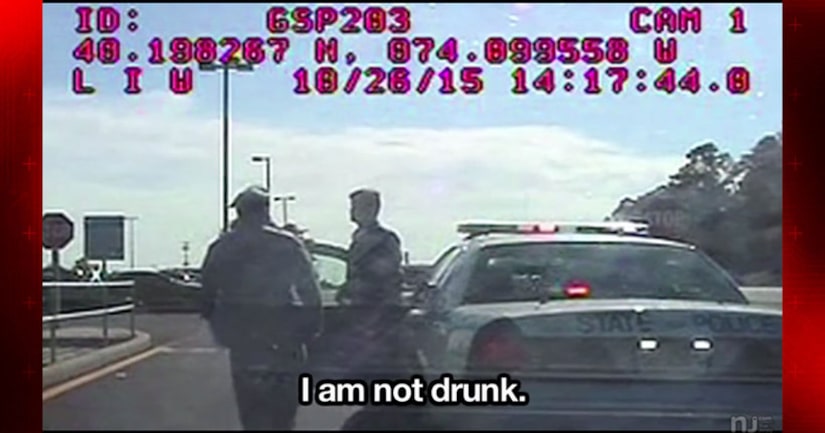 In the video, Sgt. First Class Michael Roadside professes sobriety to the responding -- saying, “I am not drunk,” after the other driver in the crash called 911 and reportedly said his behavior made her fear for her own safety.

Roadside blamed this behavior and slurred speech on recently having prostate surgery and claimed he was on anesthesia at the time of the crash on Oct. 26, NJ.com reported.

The driver told officials that Roadside offered her $1,000 not to report the incident.

Roadside, who remains suspended, faces charges of driving while intoxicated, careless driving, and having an open alcohol container in a vehicle.

FULL STORY: SEE IT: N.J. trooper charged with DWI claims 'I am not drunk' in dashboard video - WPIX