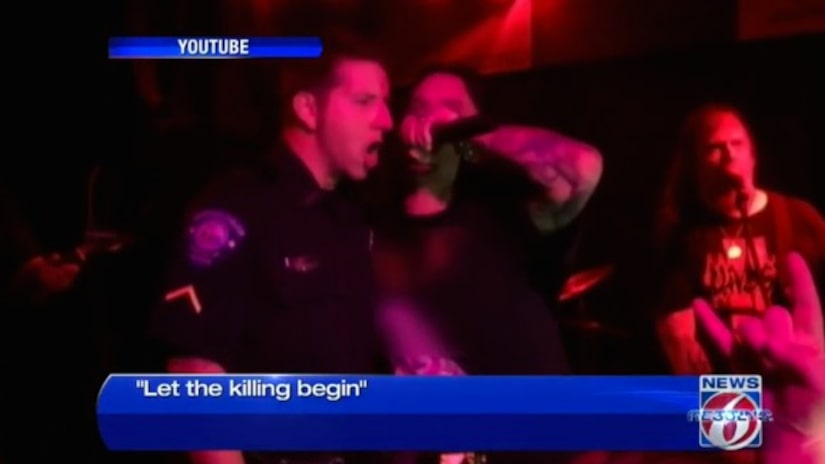 SANFORD, Fla. -- (WKMG) -- A Sanford police officer has been relieved from duty after video surfaced of the officer attending a death metal concert on duty and in uniform.

Officer Andrew Ricks was patrolling the area around West End Trading Company in downtown Sanford on Nov. 13 when he joined the band Vital Remains on stage and sang a verse that included the lyrics, "Let the killing begin," according to police.