SCOTTSVILLE, Ky. -- (WAVE) -- An arrest has been made in the death of a 7-year-old Allen County girl.

Kentucky State Police say Timothy Madden, 38, has been taken into custody in connection to the death of Gabbi Doolin.

Gabbi was found dead last weekend. She had been attending her brother's youth football game in Scottsville when she disappeared. About 25 minutes later, she was found dead about 400 feet from the Allen County High School football stadium, where the game was being held.

An autopsy performed in Louisville confirmed Gabbi was the victim of a homicide. The cause of death has not been released. 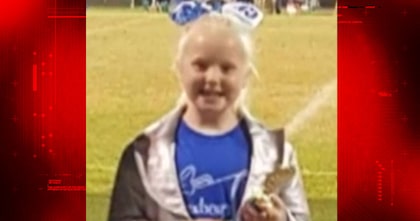