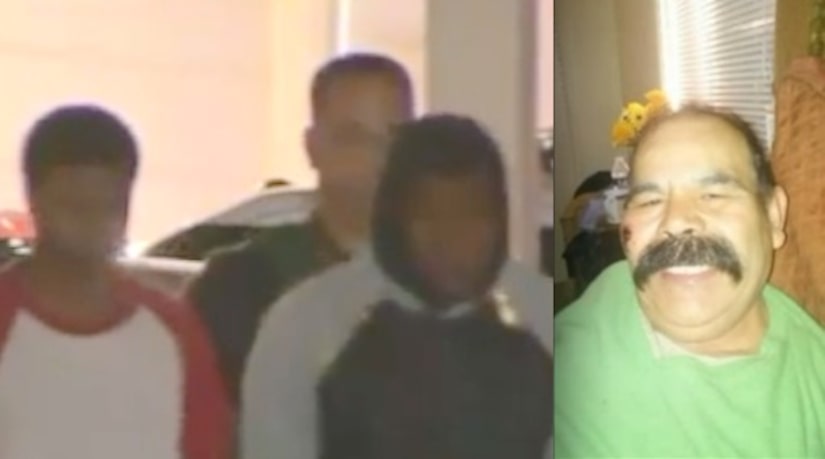 Graphic video obtained from an anonymous source appeared to show several suspects shooting a custodian at Victor Valley High School point-blank in the face with a paintball gun and beating him.

The attack occurred when the custodian was in the school's swimming pool area at about 8:30 p.m. Monday, Jodi Miller of the San Bernardino Sheriff's Department said.

Video shows the custodian, identified later as 65-year-old Jose Benitez, walking near a fence when he was approached by two people.

He was then shot in the face and lower portion of his body with what was believed to be a paintball gun, Miller said.

As the two attackers ran away, a third person came up to Benitez and knocked him to the ground, the video showed.