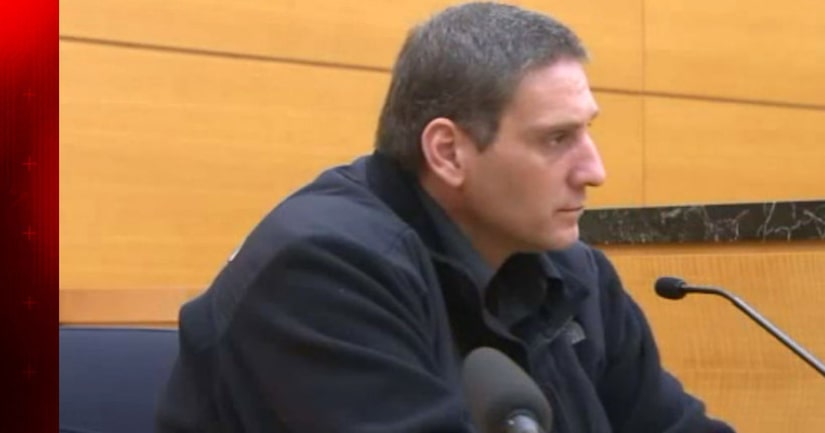 DOWNTOWN BROOKLYN -- (WPIX) -- He's been behind bars for more than a decade, convicted of a high-profile murder that he, and hundreds of supporters, say he didn't commit. But now, a key witness who helped to convict so-called Grid Kid Murderer John Giuca, came back to court on Monday and did an emotional about-face.

However, his confession is just the beginning of a journey to try and get Giuca's conviction overturned, and there is no guarantee that it will happen.

Giuca, 32, has been dubbed the "Grid Kid Murderer" because he was convicted in 2005 of being one of two young men who killed a gridiron hero, Fairfield University standout Mark Fisher. It happened in the early morning of October 12, 2003, after both had attended a party in Brooklyn.

One of the most important witnesses at trial, whose testimony led to Giuca's conviction, was John Avitto, 48. He was a robbery and drug crime convict who had befriended Giuca in jail, while Giuca awaited trial. During trial, Avitto was a witness for the prosecution, and testified that Giuca had told him behind bars that he'd gotten the gun to murder Fisher.

However, on Monday, once again under oath, Giuca's attorney asked Avitto if his statements that led to Giuca's conviction were true or false. "False," Avitto replied. "Did you lie about it?" Giuca's lawyer, Mark Bederow, asked. "Yes, I did," Avitto replied.

Avitto also admitted to a long history of crime to pay for a heroin and cocaine addiction, for which he'd skipped probation. He said that in exchange for leniency in his own criminal cases, he'd made up evidence against his one-time friend behind bars, John Giuca.

"I apologize," Avitto said from the witness stand, looking squarely at Giuca. "I am deeply sorry."