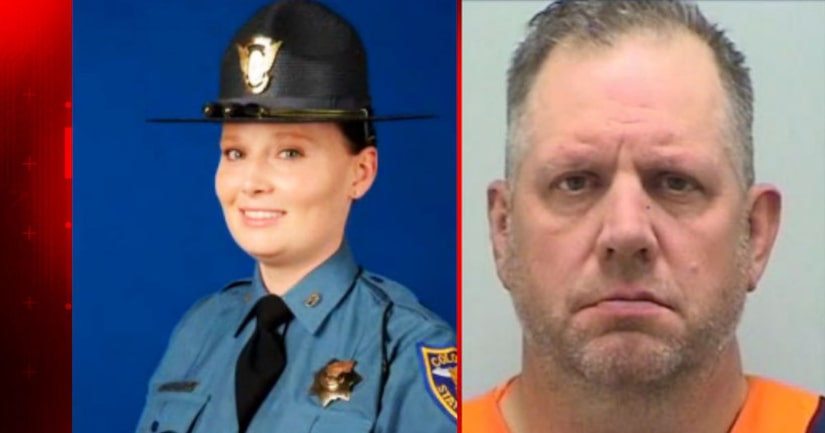 CASTLE ROCK, Colo. -- (KDVR) -- The driver suspected of fatally hitting a Colorado State Patrol trooper on Interstate 25 south of Castle Rock on Sunday night is a retired Army colonel, according to records.

Eric Henderson, 52, was booked into the Douglas County Sheriff's Office Detention Facility just before 7 a.m. Monday on investigation of vehicular homicide, failure to remain at the scene of a deadly accident, driving under the influence of alcohol or drugs and careless driving causing death.

Henderson, who lives in Peyton, was being held on $1 million bond, according to Douglas County records.

On Sunday just before 9 p.m., Trooper Jaimie Jursevics, 33, was hit while investigating a crash on southbound Interstate 25 near mile marker 175. A fund has been set up to help take care of the family of the young wife and mother.