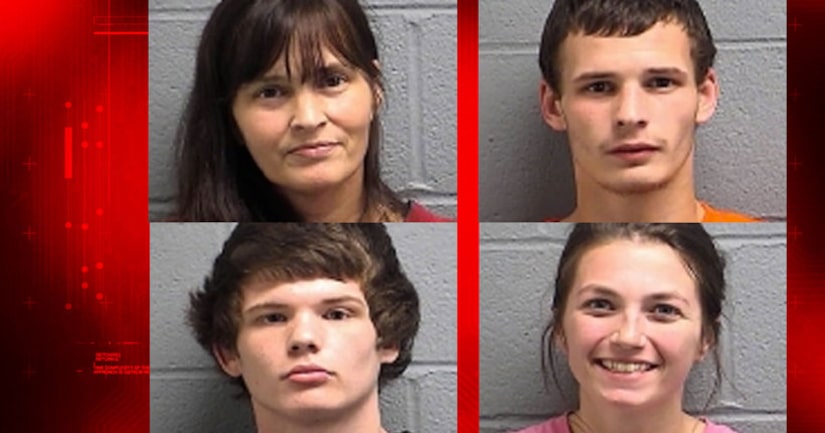 A 19-year-old girl was also arrested in connection with the incident and charged with disorderly conduct.

Just before 1 p.m. on Thursday afternoon 23-year-old Trooper Jonathan Horner responded to a call for service involving road rage in the 200 block of E. Ridgeville Boulevard.

According to police, a citizen began to film the encounter and was verbally and physically attacked by Traci Conners. When Trooper Horner attempted to stop the altercation officials say he was attacked by Jacob Conners who then ran off into the nearby Wal-Mart.

Jacob Conners "was located in the bathroom attempting to flush a set of brass knuckles and a knife in the toilet," a release from MSP states.

After a brief struggle Trooper Horner placed Jacob Conners under arrest. At that point police say Traci and Steven Conners came into the bathroom and attacked Trooper Horner, who was reportedly pushed to the ground and kicked in the head several times by Jacob Conners, who was handcuffed.