A former Colorado man suspected of murder in Costa Rica has been sentenced to three years in federal prison for passport fraud and identity theft.

William Ulmer, 49, was living in Arvada last year when he was arrested at Denver International Airport. He was about to board a plane to Hawaii to celebrate his honeymoon when agents for the U.S. Diplomatic Service arrested him, KDVR-TV reports.

Ulmer pleaded guilty to using his brother's passport to fly out of Costa Rica in 2010. He landed in North Carolina where his case was prosecuted by the United States Attorney for the Western District of North Carolina in Charlotte.

In their motion for an upward sentencing departure, federal prosecutors said “Ulmer fled Costa Rica to avoid questioning by Costa Rican law enforcement authorities regarding the disappearance and suspected murder of his then live-in girlfriend Barbara Strunkova.”

A Crime Watch Daily mystery: Barbara Struncova was in love and living steps from one of the world's most beautiful beaches, living the good life in Costa Rica with her boyfriend, Bill Ulmer.

But one day Barbara suddenly went missing, and the investigation would take an even stranger turn when Ulmer disappeared too.

When she disappears, friends fear the worst.

Bill Ulmer later turns up in a most unexpected place.

If you have information related to this case, submit a tip to Crime Watch Daily. 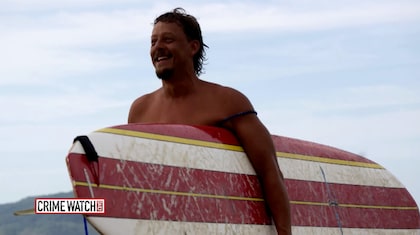 Suspect in Costa Rica murder gets 3 years for passport fraud