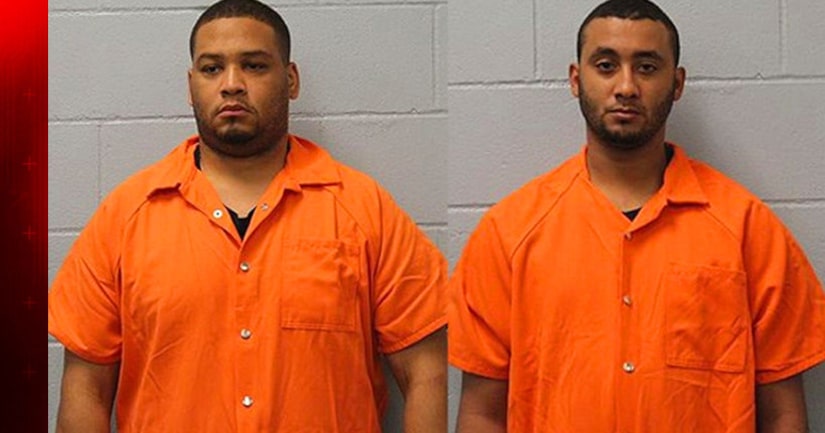 MARKSVILLE, La. -- (WAFB) -- Marksville Police officers and Ward 2 City Marshal Deputies 32-year-old Derrick Stafford and 23-year-old Norris Greenhouse Jr. are currently accused of shooting and killing a 6-year-old boy, and critically wounding his father after a car chase. The bonds for Stafford and Greenhouse have been set at $1 million a piece.

It's still unclear what led to the initial car chase between four city marshal deputies, including Stafford and Greenhouse, and Chris Few. Few as driving a vehicle with his 6 year old son, Jeremy Mardis, inside. Louisiana State Police Col. Mike Edmonson says "We believe (Few and the officers) met each other, knew each other. Certainly as this progresses, we'll find out more and more information. But I think in a town like this, everyone knows each other."

When the chase ended, with Few and Jeremy still in the vehicle, investigators say the officers opened fire. Few was critically injured. Jeremy, who police say was hit at least five times, died. He was buckled in the front passenger seat of the vehicle.

There were early claims that Few may have been armed. However, State Police investigators say there was no evidence Few had a gun.

Few was taken to the hospital in critical condition. Few's attorney says he is improving, but he has not been told about his son's death.

Stafford and Greenhouse both face charges of second degree murder, for the death of Mardis; and attempted second degree murder in the shooting of Chris Few. The Louisiana Attorney General's office will handle the prosecution of the two officers in the Marksville shooting, according to the spokesman for the AG's office.

Both Norris and Stafford are also ordered to house arrest with electronic monitoring, to surrender all service firearms, and to surrender all badges and/or police officer certifications. Both officers have been moved to the Rapides Parish Detention Center. Because they are officers, it is standard procedure that they be put in isolation while they are in custody.