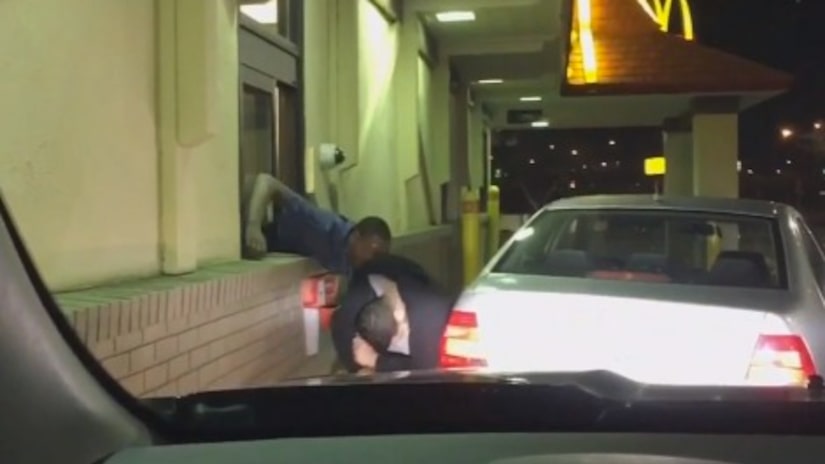 MINNEAPOLIS -- (WPIX) -- A brutal fight between a manager and customer at a McDonald's drive-thru was caught on camera.

The fight happened at the fast food chain in northeastern Minneapolis, according to KMSP.

The video shows the store manager, 22-year-old Bernard Robinson III, fighting with a customer for more than a minute. The man has Robinson's necktie gripped in his hand during the fight.