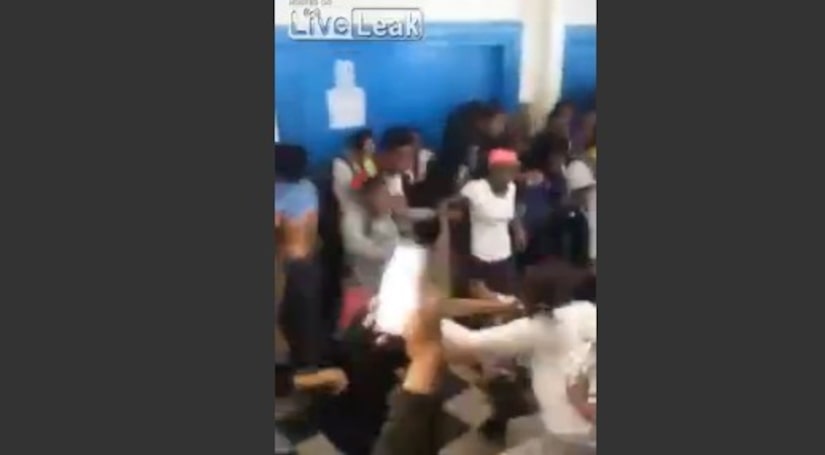 THE BRONX —- (WPIX) -- Cell phone video posted to Facebook shows a violent brawl at a Bronx high school that broke out last month.

The fight reportedly took place at Evander Childs High School on Oct. 22 and was apparently shot and posted online by one of the students. The post was taken down Tuesday.