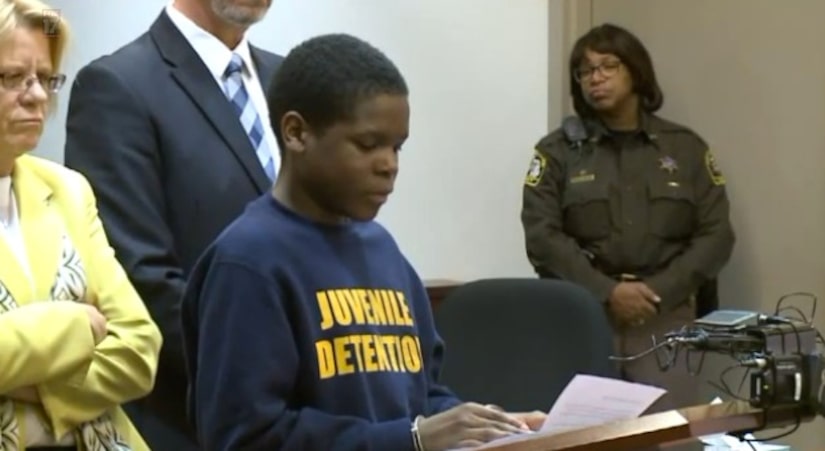 GRAND RAPIDS, Mich. -- (WXMI) -- Jamarion Lawhorn, who was convicted of killing a nine-year-old boy on a Kentwood playground when he was only 12, has been sentenced.

The judge sentenced Lawhorn to detention at the Muskegon River Youth Home until a determination as to what type of sentence he should serve as an adult. Lawhorn is currently 13 years old and that determination would come in eight years when he turns 21 or sooner, if someone requests it. The sentence is considered a "blended sentence." Lawhorn could still then be sentenced to life in prison.