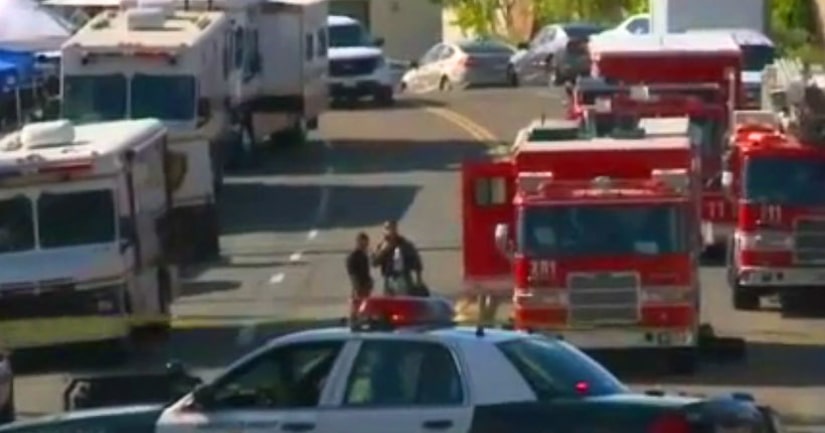 SAN DIEGO -- (KSWB) -- A standoff in Bankers Hill ended Wednesday with the arrest of an alleged gunman who shot a high-power rifle at officers, according to San Diego police.

The suspect, identified by police as 33-year-old Titus Colbert, was taken into custody around 2:30 p.m., police said.

Officers were initially sent to the building on Brant Street near Kalmia Street after a domestic violence incident was reported around 9:15 a.m., according to San Diego police. Emergency radio reports indicated the suspect may have fired a gun at a police dog.

Multiple gunshots were heard around 10:10 a.m. and continued until 2 p.m., according to FOX 5 reporter Sharon Chen. Police have confirmed the suspect has fired his weapon several times in random directions.

Operations at San Diego International Airport were disrupted by the SWAT standoff due to the proximity to the airports flight path, according to Federal Aviation Administration Ian Gregor.