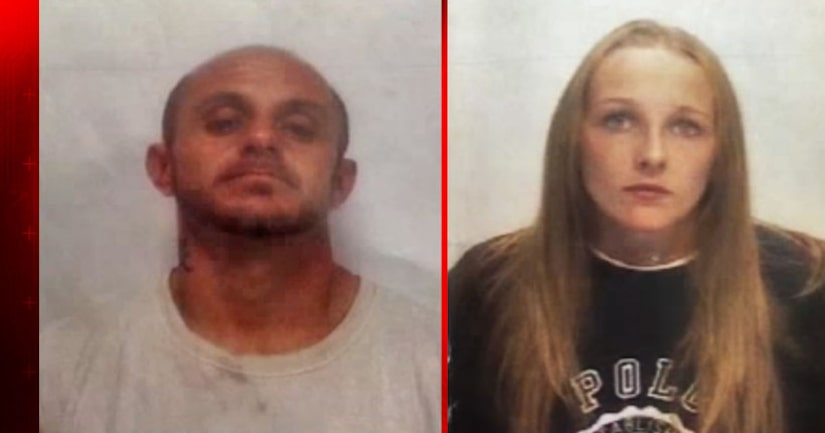 Investigators believe Llyod Franklin killed 82-year-old Davie Lee McSwain and 78-year-old Joan McSwain in their home during a crime spree that spanned North Carolina and South Carolina. Jennifer Michelle Lanning is also wanted for accessory to murder after the fact.

According to police, Franklin entered the McSwain's home, located at 362 Garcia Kennedy Road, in the early morning hours of Oct. 29.

Sheriff's detectives and North Carolina State Bureau of Investigation agents believe that during the course of the robbery, Davie McSwain shot Franklin before he was killed.

Franklin then fled the scene in the couple's dark blue 2006 Chrysler Town and Country with the North Carolina tag XRX-2142. Detectives also believe Franklin is in possession of a nickel plate .38 caliber Smith and Wesson revolver which was missing from the home.