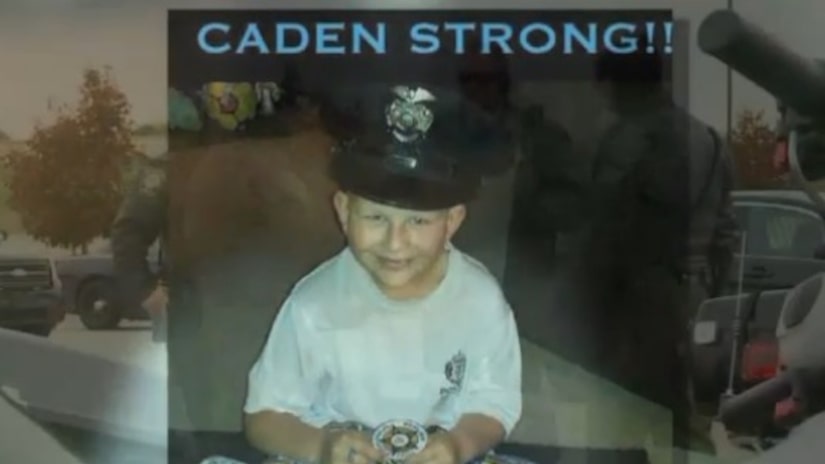 GLADSTONE, Mo. -- (WDAF) -- Though he didn't go through the police academy, metro officers treated Caden McGuire as one of their own, even after he lost his battle with cancer. Police from nearly two-dozen agencies honored the 11-year-old boy Friday, by giving him the same burial as any man or woman in uniform.

Caden lost his battle to brain cancer last week. He wanted to be a police officer when he grew up. As he struggled through his sickness, members of law enforcement from around the metro made him an honorary officer and treated him as one of their own.