Nov. 20, 2015 Update: Peter Maliarakis, a high school gym teacher from Queens, has received a settlement from the city of New York after he was allegedly punished for testifying about alleged grade-fixing, misused funds and improper student-teacher relationships.

When we hear the word "bullying" we may think of school locker rooms or playgrounds, but nearly 50 percent of people say they have either witnessed or been a victim of workplace bullying.

Michelle Sigona has the story of a New York teacher who says he's being bullied for blowing the whistle on what's going on inside his school.

Peter Maliarakis, a high school gym teacher from Queens, says you won't believe the constant abuse he receives on a daily basis. So he decided to strap on a hidden camera for Crime Watch Daily and film his average day at work.

Maliarakis is a public-school teacher and a whistle-blower who earned a tiny little desk by blowing the lid off an alleged vipers' nest of scandal at William Cullen Bryant High School in Queens, New York: grade fixing, misused funds and improper student teacher relationships.

In another life Maliarakis taught P.E. classes and was the soccer and wrestling coach at the school for 10 years. He says everything changed the day Principal Dwarka showed up.

It wasn't long before he says he started hearing disturbing stories about students failing their classes, and still being allowed to graduate. Other staff members at the school were having the same experience.

Investigators from the board of education came to the school and sat Maliarakis down.

The New York City School District told Crime Watch Daily it will not comment on an active investigation.

Maliarakis had also noticed that students weren't getting their P.E. equipment maintained and replaced from an account that should have held up to $200,000 collected from uniform and concessions sales over three years.

The school did come up with four receipts totaling $78. Maliarakis went to the investigators again - this time he recorded the conversation.

But so far there are no answers from the board of education or from Principal Dwarka.

Maliarakis has been relieved of all teaching duties for now. But he's not giving up. His battle has only begun and he has some help in the form of attorney Bryan Glass, known as the "teacher's lawyer." And Maliarakis has tons of student support and a Facebook page that earned thousands of friends almost overnight.

Nov. 20, 2015 Update: Peter Maliarakis, a high school gym teacher from Queens, has received a settlement from the city of New York after he was allegedly punished for testifying about alleged grade-fixing, misused funds and improper student-teacher relationships. 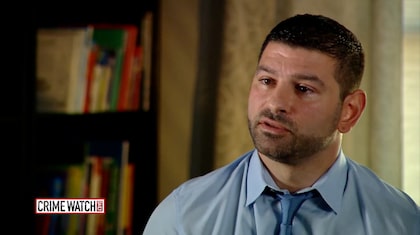