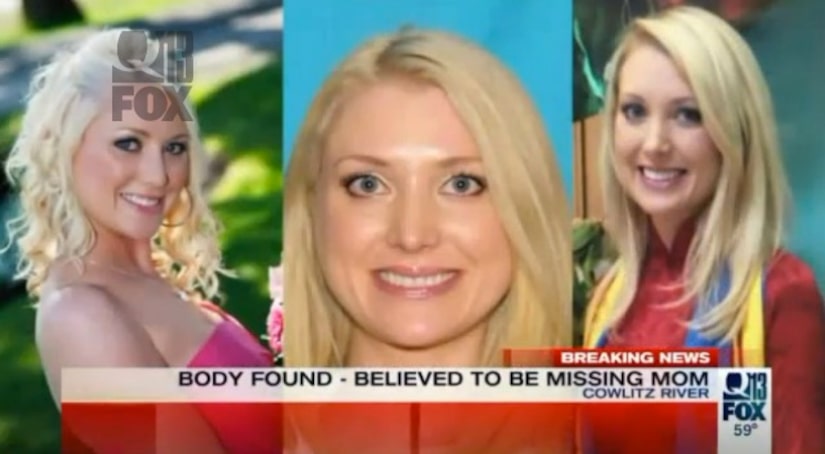 The sheriff's office said the men reported they were fishing and were turning their boat around when they spotted the body approximately 1/8 of a mile southwest of Lacamas Creek, which flows into the Cowlitz River near Vader, Wash.

FULL STORY: Body found in river believed to be that of missing mom of 3 - KCPQ