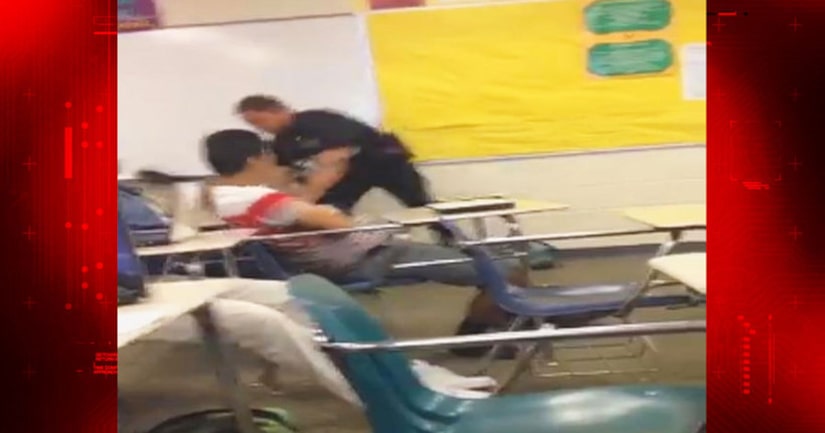 Monday night Lott called the Special Agent in charge of the Federal Bureau of Investigations for South Carolina, Dave Thomas, to request an independent investigation of the incident. Tuesday morning the Sheriff followed up with a formal written request to U.S. Attorney William Nettles and Thomas for the US Justice Department asking for a formal investigation.

Richland School District 2 school officials have banned the officer from the district in response to a video supposedly taken at Spring Valley High School showing the officer slamming and dragging a student from her desk.

Fields, according to Richland County Sheriff Leon Lott, was acting in response to the student, who was refusing to leave class.

"The student was told she was under arrest for disturbing school and given instructions which she again refused," Lott said. "The video then shows the student resisting and being arrested by the SRO."