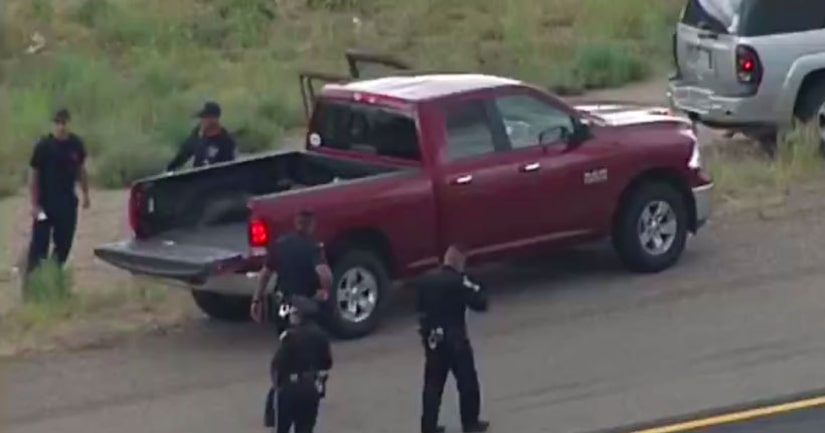 ALBUQUERQUE, N.M. -- (KRQE) -- Police say a person of interest in Tuesday's deadly road rage shooting has been taken into custody in the 4400 block of Central.

Police say the vehicle the man was in is not the vehicle from Tuesday's shooting. Police believe that vehicle may be in a garage in the Westgate neighborhood and they are working to obtain search warrants to get that vehicle.

APD said this new development does not mean the case is closed. At this time police could not say if this stemmed from a specific tip or if reward money will be given.

Police say at this time they are not searching for any other suspects.

The shooting happened Tuesday afternoon on I-40. The Albuquerque Police Department says Alan Garcia picked up his children, his 4-year-old daughter and his 7-year-old son, from school Tuesday afternoon and got onto I-40. APD Chief Gorden Eden says at some point a road rage incident occurred and shots were fired.

Officers said a Bernalillo County Sheriff's deputy was first on scene, after they spotted a disabled vehicle and stopped to help. There, a frantic father said his 4-year-old daughter was shot during a road rage incident. In addition to the deputy who stopped, two nurses also stopped to render aid.

Police say 4-year-old Lilly Garcia was rushed to UNM Hospital but she died from her injuries.