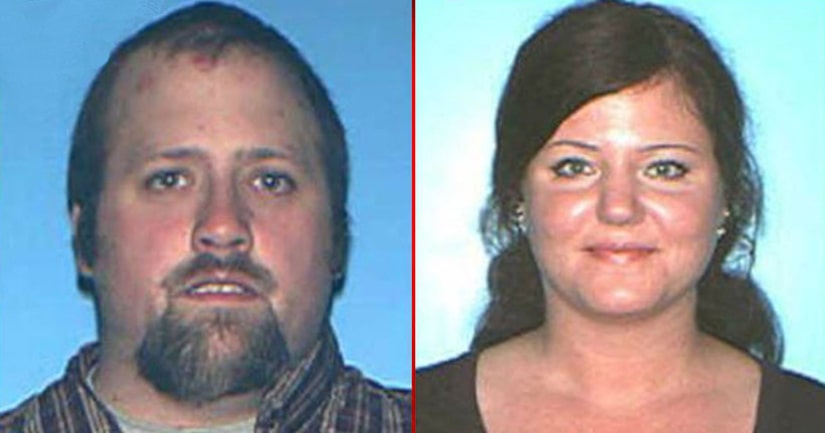 BOSTON -- (WBZ/CBS) -- Joe and Jenny Carrier are leaving a trail of wanted posters up and down the East Coast in the wake of their stolen getaway car, a dark colored Buick Encore with a partial Massachusetts license plate # 265S.

“Like a modern day Bonnie and Clyde,” said Aberdeen, Maryland Police Sgt. Will Reimer. “They are very transient. I'm not going to speculate as to why they chose our location. I will say it is in close proximity to Interstate 95.”

The 37-year-olds are wanted in a robbery at a Bank of America branch in Aberdeen last Friday. Before that, Joe Carrier showed up on surveillance in a hold-up at a Wells Fargo bank in Palm Coast, Florida October 12th. But their crime spree apparently began In Ludlow, Massachusetts Sept. 28, when a Country Bank was robbed.

But cops hope the duo's traveling kennel will be their undoing, Fox News reports. The seven Brussells Griffon toy dogs they're suspected of traveling with require a great deal of care.

Jenny Carrier worked for two years at Prime Buick GMC in Hanover, Mass., before her manager says she called in sick this summer, never to be seen or heard from again. Police say she stole a car from the dealership, which the couple has used for their getaway. 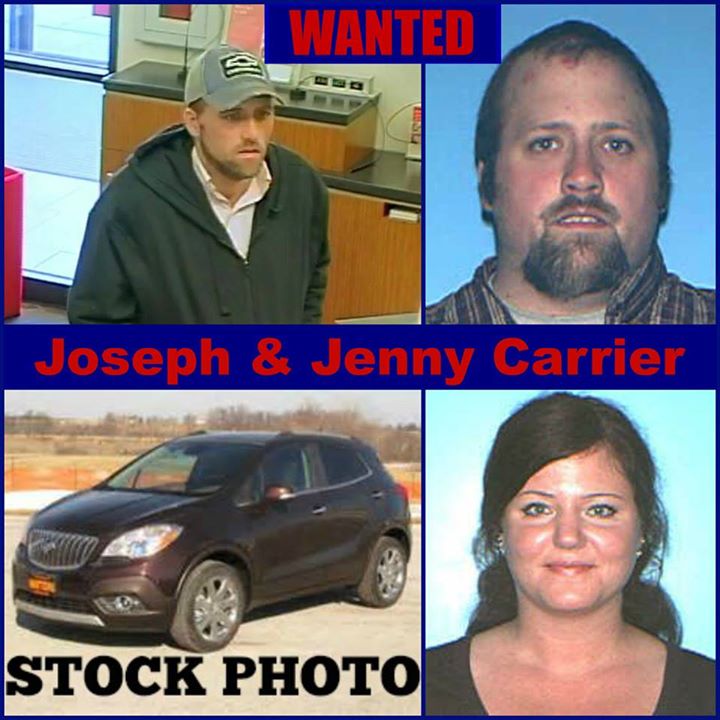