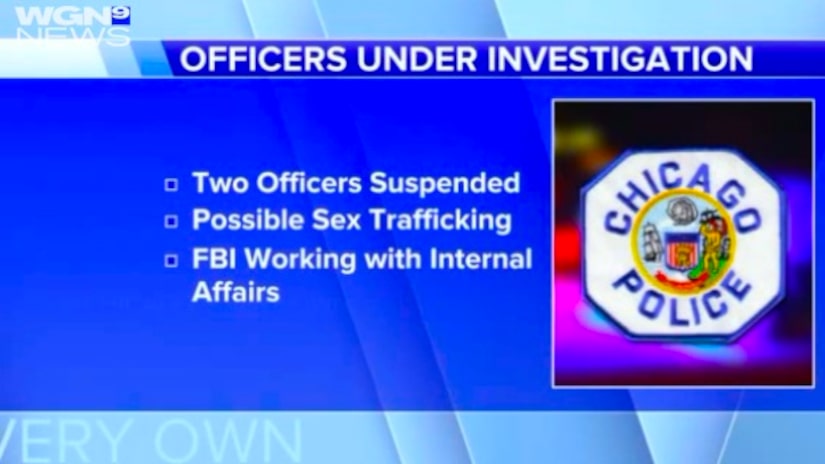 The Chicago Tribune reports the officers were off-duty while they engaged in the alleged trafficking involving a 14-year-old girl.

A department spokesperson won't confirm details of the investigation, but says the officers have been relieved of their police powers and reassigned to paid desk duty.