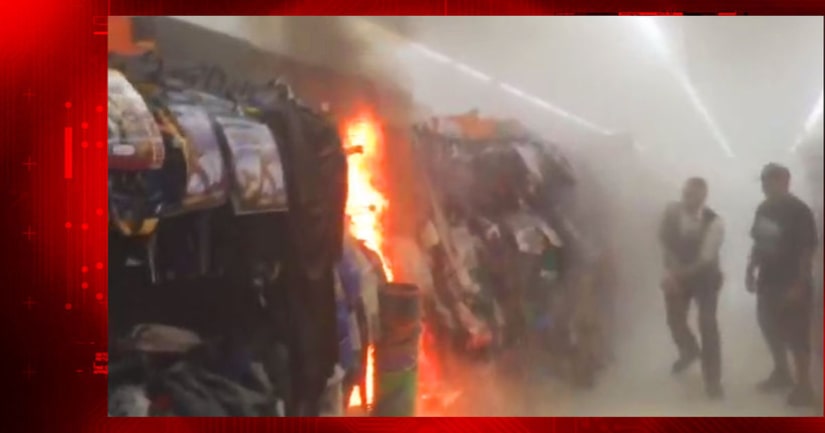 Paul Miller tweeted that the fire was apparently somehow caused by a Halloween costume. The video shot by Miller appears to show a Walmart employee dousing the flames with a fire extinguisher, with another employee right behind him.

The fire happened at around 1:45 p.m. when a suspicious male in his 40s was seen inside the San Leandro Walmart with lighter fluid, according to San Leandro Lt. Robert McManus.

The man proceeded to spay items with the lighter fluid, police said.

The suspect, an Oakland resident, is currently being treated at a local hospital for possible smoke inhalation before being transported to the San Leandro Police Department for processing.