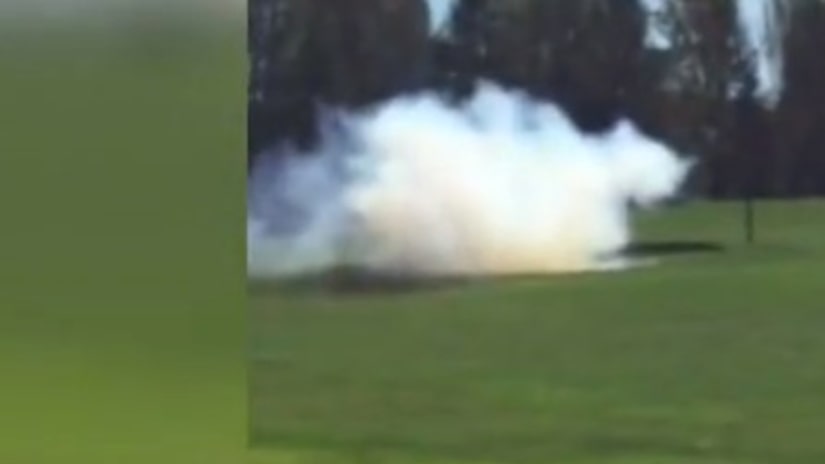 ROHNERT PARK, Calif. -- (KRON) -- Officers arrested a man Saturday morning in Rohnert Park on suspicion of building and possessing a destructive device, according to the city's Department of Public Safety.

Officers were dispatched at 9:39 a.m. to the Foxtail Golf Club at 100 Golf Course Drive after someone reported a possible explosive device at the club, public safety officials said.

Officers learned when they arrived that the device had been on the 18th fairway before employees took it to the maintenance yard, according to public safety officials.