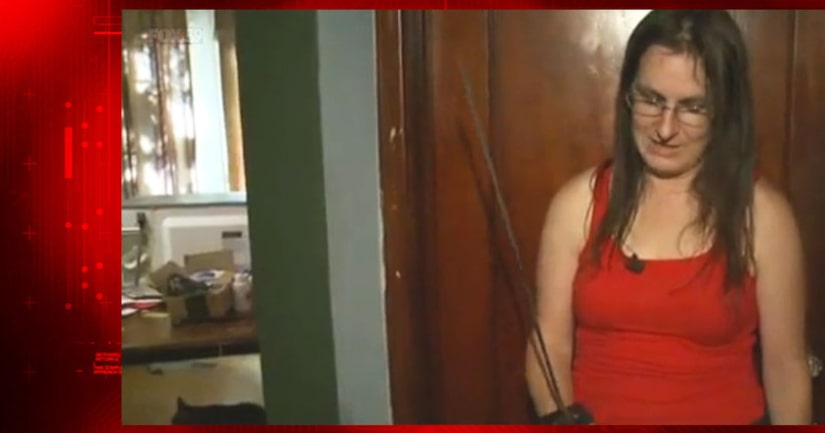 INDIANAPOLIS, Ind. -- (WXIN) -- When Karen Dolley woke up and found an intruder standing in the hallway of her Indianapolis home early Friday morning, she knew she had to do whatever it took to protect herself.

The 43-year-old woman who is trained in medieval combat jumped out of bed, flicked on the lights, and punched the man in the face at least ten times.

“He was trying to deflect my punches with his hands,” says Dolley.

Then, she grabbed her large Japanese combat sword.

“It is 440C stainless steel, it has an edge and it will cut,” says Dolley.

She held the blade to the intruder until police arrived.

“I just held the knife down on him like this while he was on the floor, and I was calling 911 with the other hand,” says Dolley.