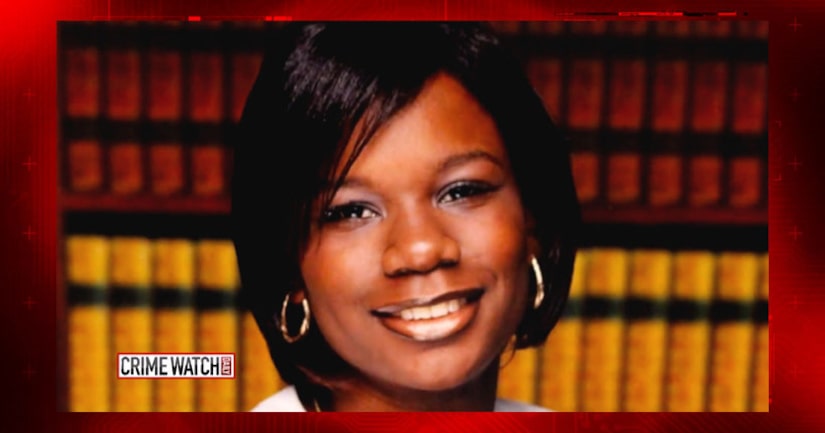 Kanika Powell was a young, ambitious woman who went from serving in the military to working for the U.S. government. She was gunned down at her doorstep after a series of strange warnings. Today her family is begging for answers: Who would want her dead, and why?

Police in Maryland need your help in solving a horrible crime. For years they have been baffled by the bizarre murder that left a young woman brutally gunned down near the entrance to her apartment. No physical evidence has led to an assailant. And detectives wonder, could her military background or her top-secret security training hold any clues to finding her killer?

Powell was a loving daughter, a great friend and a proud military veteran. The 28-year-old was living alone in a quiet Maryland apartment complex, finally living her dream job in national security -- until a cold-blooded murderer came knocking at her door in broad daylight on August 28, 2008.

Who would kill a defenseless young Army soldier just back from a tour of duty in Korea? It's a question investigators and Kanika's family ask every day as the murder remains a giant mystery here in Prince George's County, Maryland, just outside Washington, D.C.

Powell completed her service and returned to the states, landing a job at the prestigious Johns Hopkins University Applied Physics Laboratory working as a top-secret-clearance security contractor.

In the summer of 2008, some trouble arrives. Clearly there were a lot of secrets. Powell's family soon learned she was encountering strange, unexplained door-knocks.

"It was a Saturday evening, I'll never forget," says Judy Forrest, Kanika Powell's mother. "She called and said, 'Ma, these two men just knocked on my door saying that they were from the FBI.' She said they called her by name. She said, 'I've already called FBI to find out if they had sent anybody.' And so she said they put a fake badge -- I guess she could tell that it was fake -- up to the peephole.

"She didn't open the door," says Forrest. "She called the police, they searched the area, didn't find anyone of course."

The incident frightened Kanika Powell so much, she emailed her family and friends recounting the events, ending the note, warning: "Pass this on ladies - Who knows who these guys are and what they're doing."

But it wasn't over: five days later, another man, another knock at the door.

"He said 'Are you Kanika Powell?' She said yes. He said 'I have a package for you,'" says Forrest. "And she said he went to go get the package, but he never came back."

"When I look back on it, I can kind of hear the fear in her voice. She said, 'Well mom, I'm not going to work today,' because she was planning going out of town the next day," said Forrest. "She said I'm here running around in the dark, so I'd rather get it done in the day and get back home and be safe.'"

Unfortunately for Kanika Powell, there was no safe place to be. Later that day, Forrest got a phone call from a detective.

"So he said, 'Well I'm sorry to tell you this: Your daughter's just been shot,'" said Forrest.

Investigators say that on the day Powell was killed that the gunman was waiting right inside the doorway. She had been shot several times with a handgun, according to police. The gun was never recovered.

Powell's keys and wallet were found next to her body, and robbery was ruled out as a motive.

According to detectives, Powell had no boyfriend, no known enemies, and they don't believe her job was a motive.

The case has turned up few leads - and continues to baffle law enforcement.

Powell's murder is being now re-examined by police, and Crime Watch Daily needs your help. If you have any information on this case, submit a tip, or you can call or text our toll-free tip line at (844) 800-CRIME.