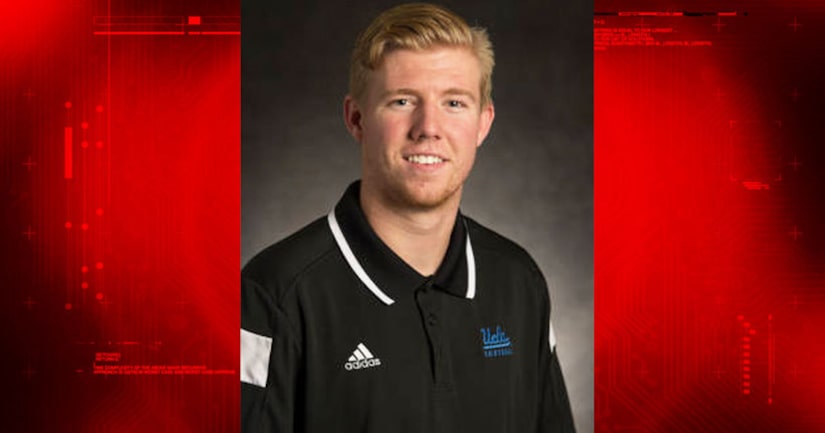 LOS ANGELES -- (KTLA) -- A UCLA football player was arrested on suspicion of rape in connection with an October 2014 sexual assault that occurred at an apartment off campus, police announced Friday.

Adam Searl, a 20-year-old walk-on punter for the Bruins, was arrested Thursday, according to the Los Angeles Police Department.

He was suspended indefinitely, the university announced in a brief statement.

Searl's arrest came after an “exhaustive investigation” in which the victim identified Searl as her attacker, LAPD said in a news release.

The victim met her attacker outside an off-campus party on Oct. 19, 2014, and went to a nearby residence with her. She fell asleep and awoke to find herself being sexually assault, police said.

Searl was booked on suspicion of three counts of rape and was being held on $300,000 bail.

The case was expected to be presented to the Los Angeles County District Attorney's Office for possible charges on Tuesday, the LAPD release said.

He was arrested about 3:30 p.m. by LAPD's Wilshire Division and posted bail about 10:45 p.m., county inmate records showed. He was due in court Oct. 29, the records stated.