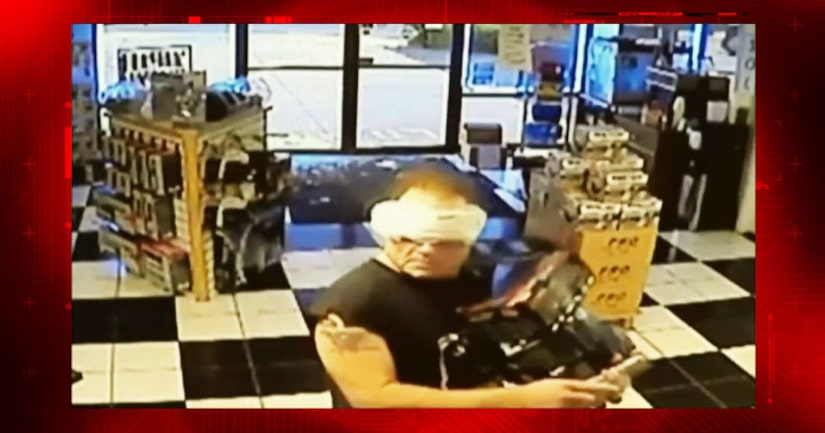 According to a news release from the San Bernardino County Sheriff's Department, 51-year-old Gary Victor smashed his way into an Apple Valley battery store while wearing a maxi pad on his face.

Detectives eventually tracked down and arrested Victor.He has since been released from jail.