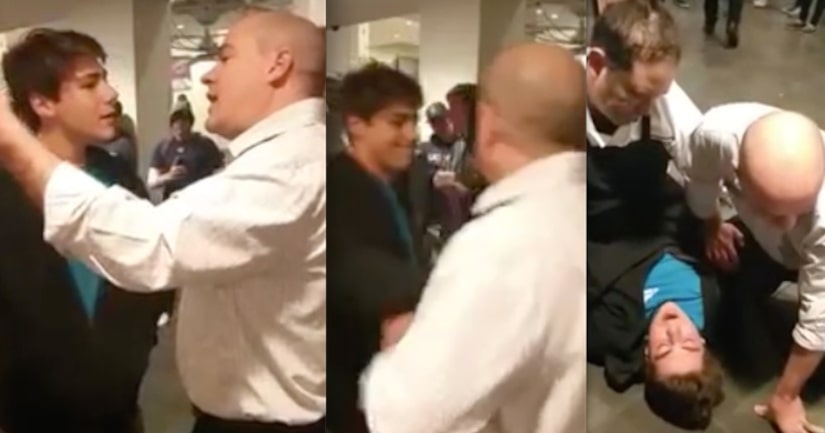 STORRS, Conn. -- (WPIX) -- A University of Connecticut student has been arrested after a video surfaced of the apparently drunk 19-year-old demanding mac and cheese then berating campus staff when they refused to serve him.

According to FOX CT, Luke Gatti of Bayville, Long Island, was arrested by University of Connecticut police Sunday night and charged with breach of peace and criminal trespassing.