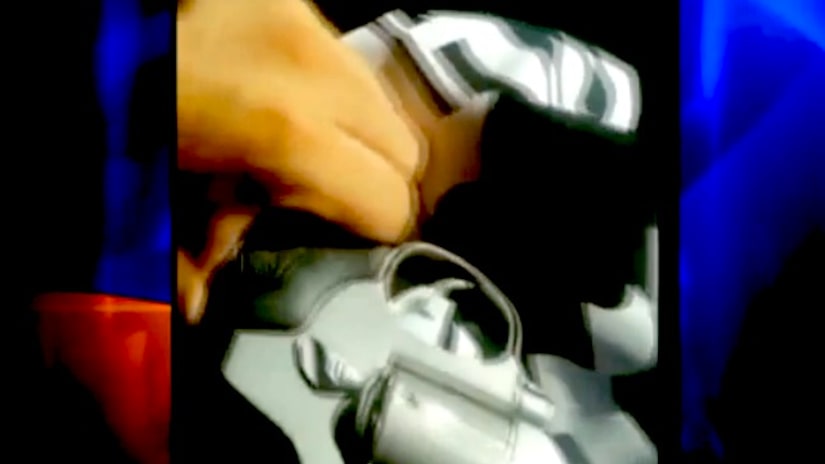 LOS ANGELES -- (KTLA) -- A video posted to Instagram showing a person brandishing a gun while watching a Los Angeles police officer was apparently posted to social media by a member of a '90s rap group that was trying to ignite a comeback, police said Tuesday.

The video was shot from a within a car that was parked behind a LAPD patrol car and showed a uniformed police officer exiting his vehicle.