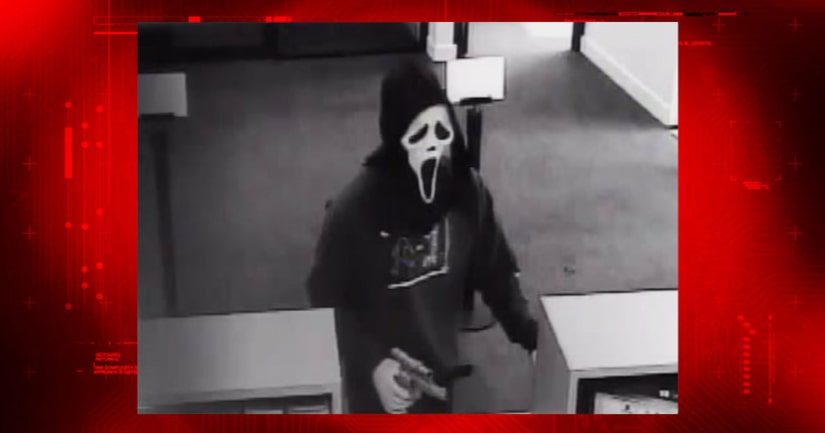 It's that time of the year again when the temperatures dip and the leaves change color and the kids work on their Halloween costumes in anticipation of the candy-filled last night of the month.

Criminals are similarly inspired as mask season rolls around. Robbers targeting anything from big banks to local laundromats take advantage of the disguises offered at costume shops and drug stores to commit their crimes, with varying degrees of success.

Here's a look at some notable examples of Halloween masks used in crimes. 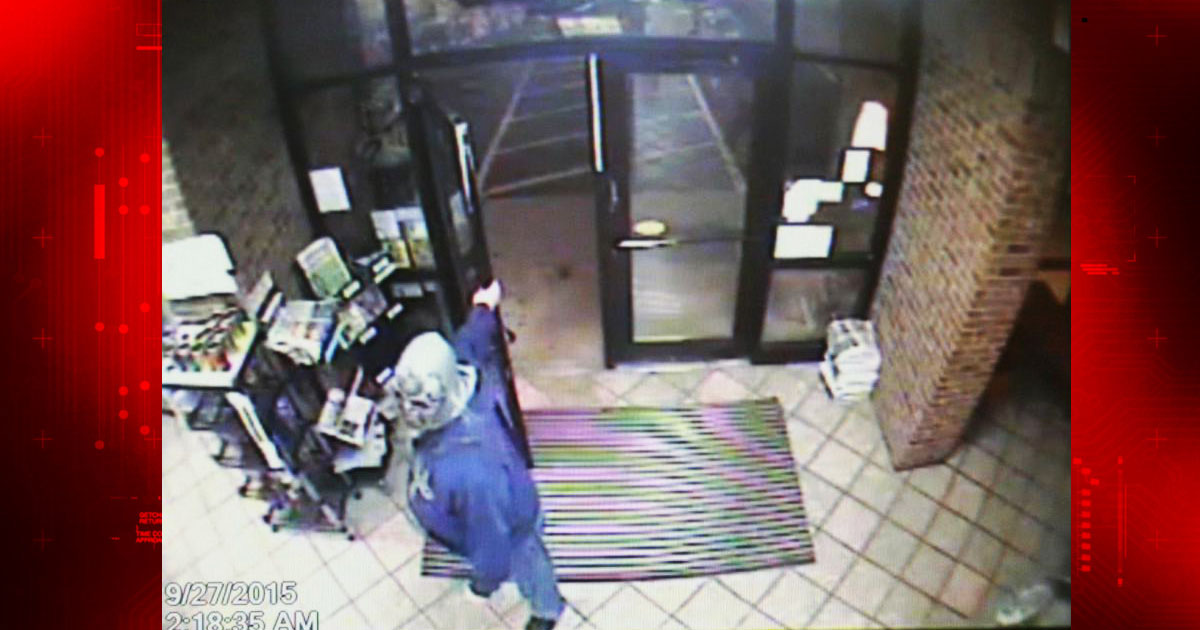 Just last month, an armed robber wearing a gray Halloween mask robbed a gas station in Menasha, Wisconsin. True to the Wisconsin locale, the suspect sported a Milwaukee Brewers sweatshirt. The suspect was described as a 6-foot-tall white man with a large midsection and "a waddle when he walks," according to police. 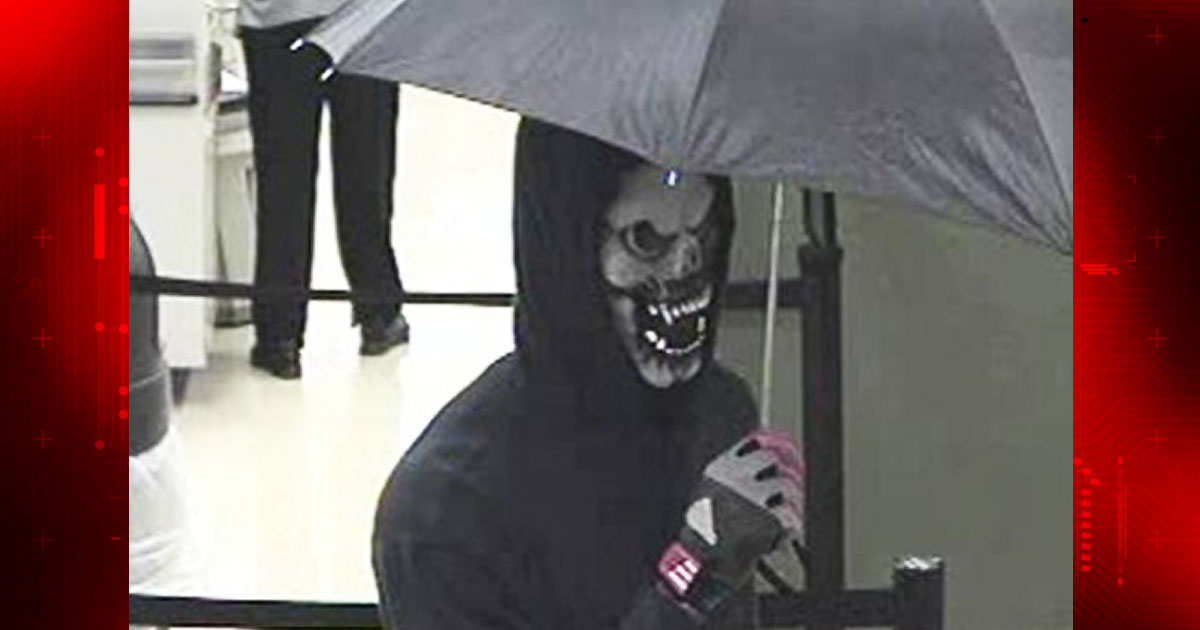 An armed robber wearing a frightful skull mask robbed a bank branch with a semiautomatic pistol in a Kroger supermarket in Ohio on Oct. 15, 2014. For some undetermined reason, the suspect was carrying an open umbrella. "I can't really speculate on the motivation for that," said Cincinnati Police Captain Stan Gerard. The suspect made off with an undisclosed amount of cash. A sweatshirt was later recovered by police. 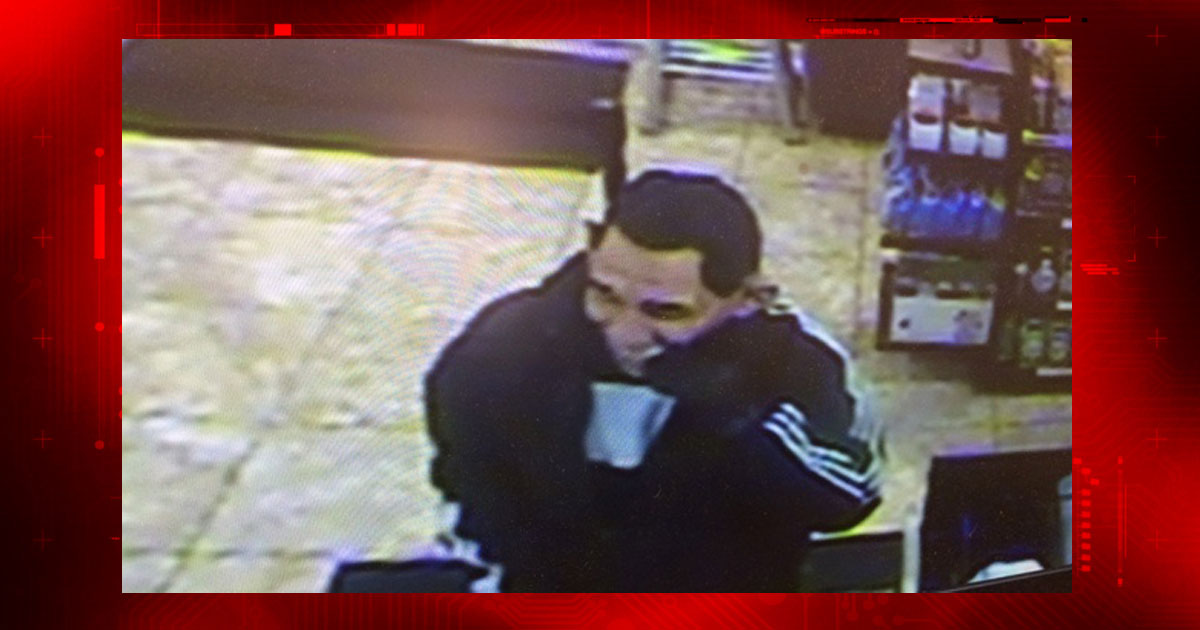 In a possible political comment, a man wearing a Barack Obama mask robbed a Dunkin' Donuts in Salem, N.H., two days before Halloween last year. Police said the suspect, described as a white male wearing black clothing, fled in a dark sedan driven by an accomplice. The suspect took all the money from the cash register, police said. 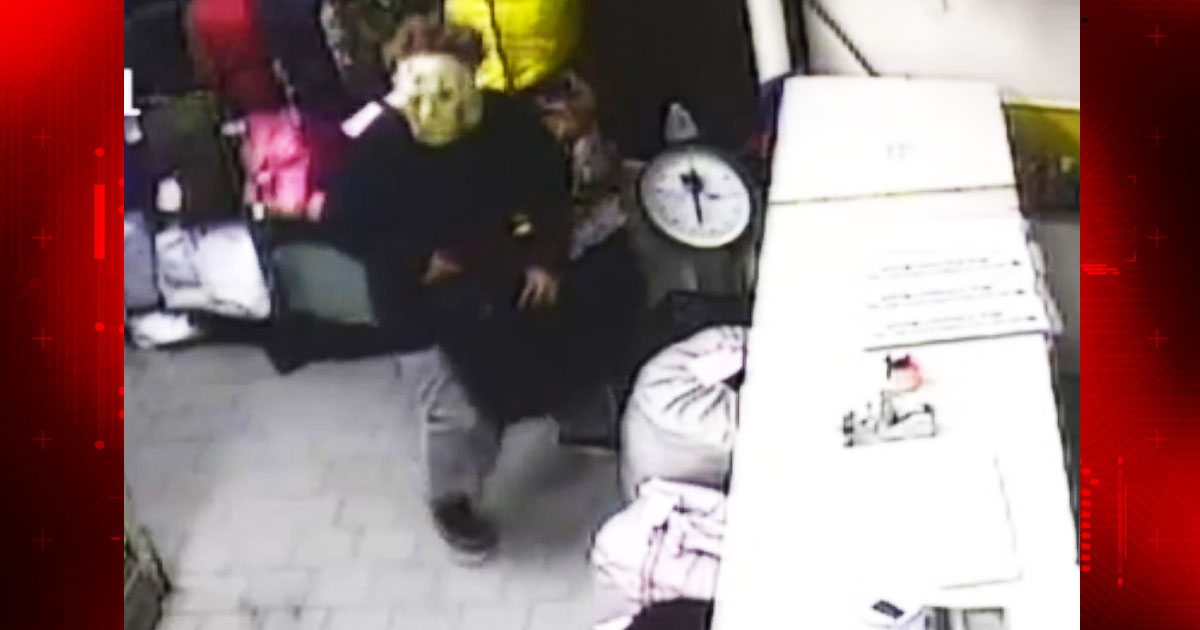 An armed man in New York City didn't wait for the autumn holiday to use his Halloween mask. The suspect walked into a laundromat in the Bronx, wearing a mask, and held a gun to the clerk, demanding money, all caught on camera on Aug. 8, 2015. He took $246 cash and fled in a Jeep Liberty -- presumably his last taste of liberty for a while. The suspect, who police said lives near the laundromat, was arrested and charged with second-degree robbery. 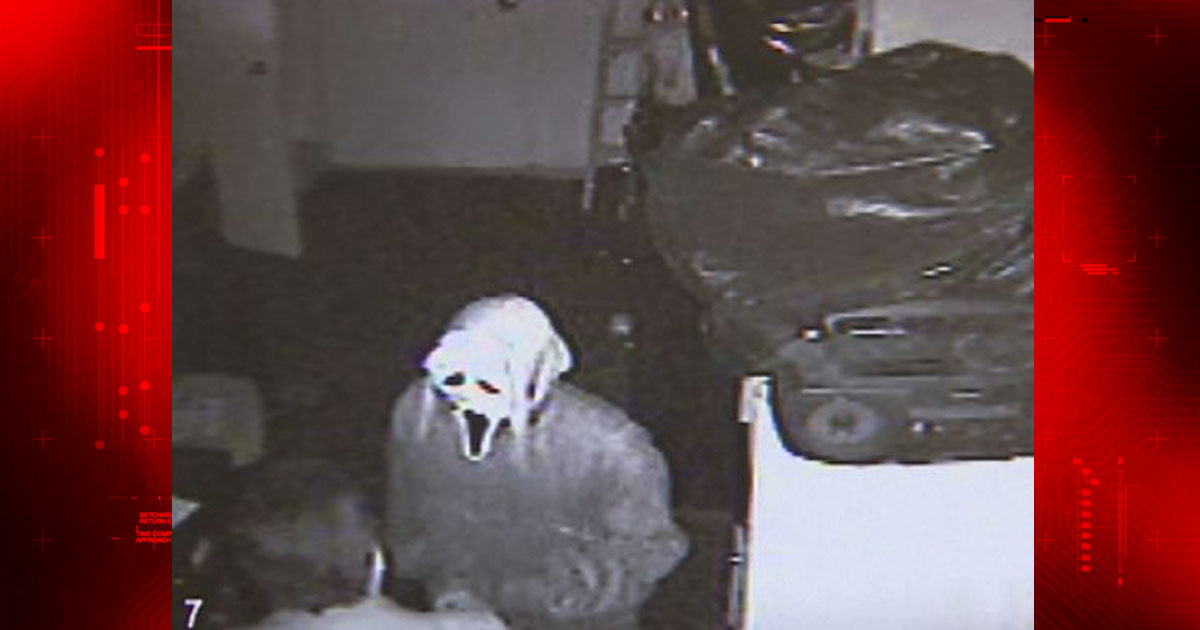 On Sept. 7, 2013, two men wearing Halloween masks threatened a great-grandmother who was working at a credit union in Houston. The two suspects got into the credit union by breaking into the business next door and waiting for a credit union employee to disarm the alarm. The woman, who reportedly has 16 grandchildren and four great-grandchildren, had her wrists bound but was otherwise unharmed. She said she would continue to work at the location. 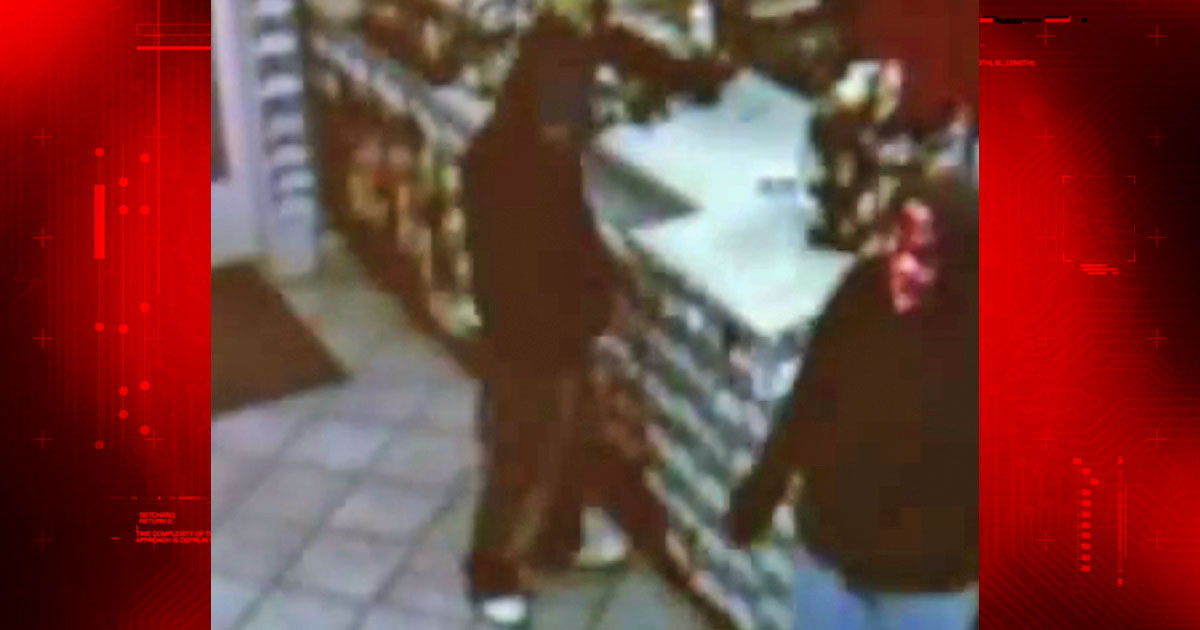 On Oct. 28, 2010, a male and female got into character and robbed a Santa Fe, N.M. convenience store, both wearing Halloween masks from the movie "300." The Spartan Bonnie and Clyde pair got away with $30 cash and packs of cigarettes. Other area stores were warned to be on the lookout for masked armed robbers. 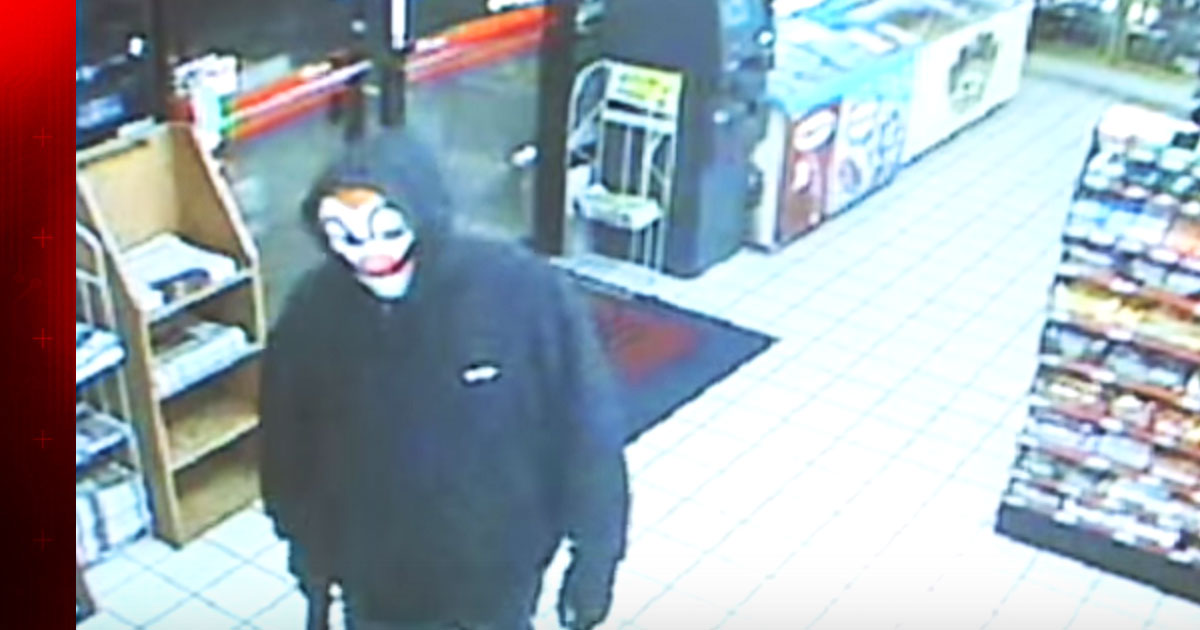 Springtime in Texas does not dissuade an armed robbery suspect from donning a clown mask and pulling a heist at a convenience store in Waco in May 2010. The suspect was caught on tape buying items at 4:22 a.m., allegedly casing the store, according to police. A 20-year-old man was later arrested after area residents recognized the man in the store's surveillance video and identified him to police. 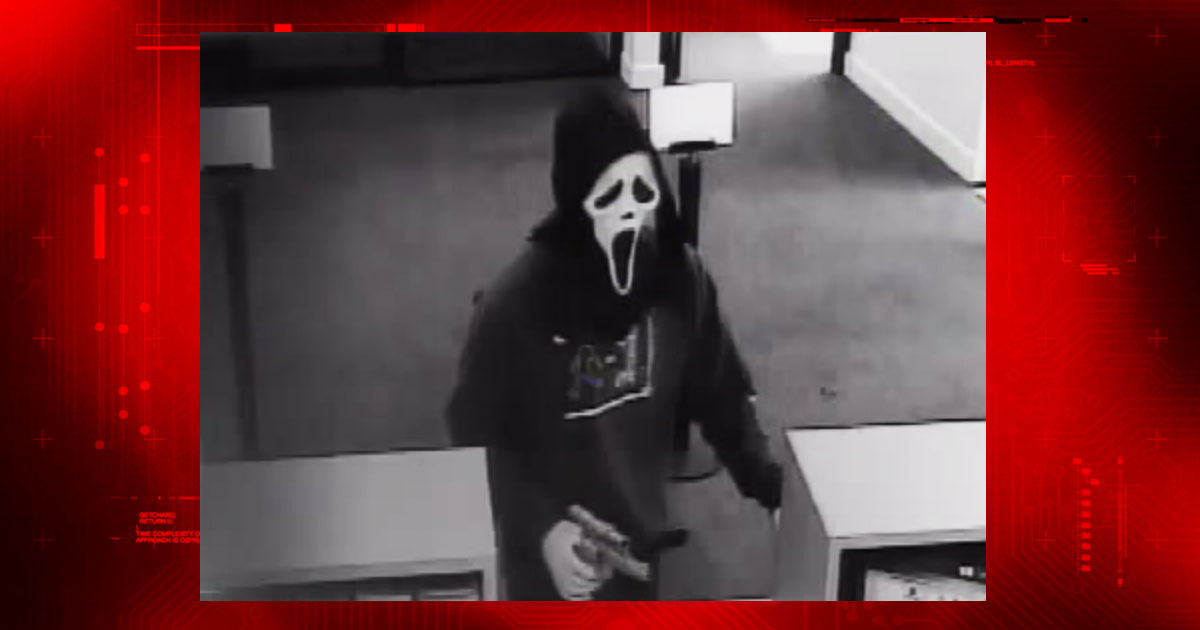 The "Scream" movie mask was chosen to conceal a suspect's identity in a June 15, 2012, in a bank robbery in Oakwood, Ohio. The suspect wore all black, police said. He or she got away with an undisclosed amount of cash. 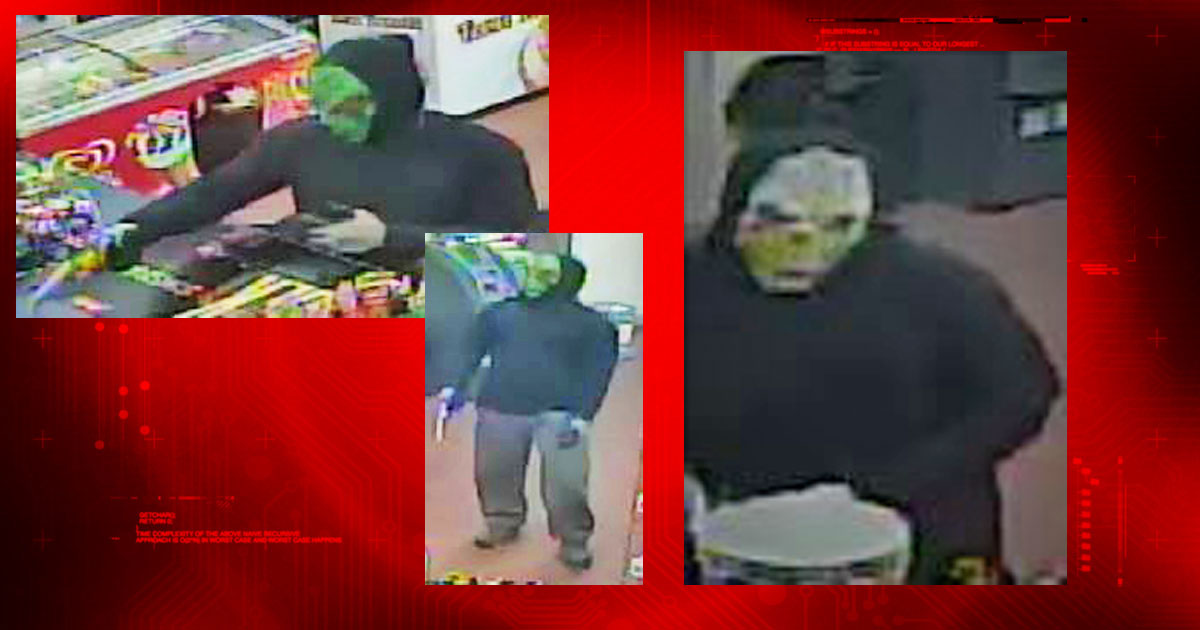 This year, police in Ohio issued a general law-enforcement warning for businesses to beware of robbers wearing masks after a goblin and an alien robbed a Greenville convenience store - caught on camera of course. "A lot of times they are not even purchasing a mask. They are going in and stealing those as well," said Greenville County Master Deputy Jonathan Smith.