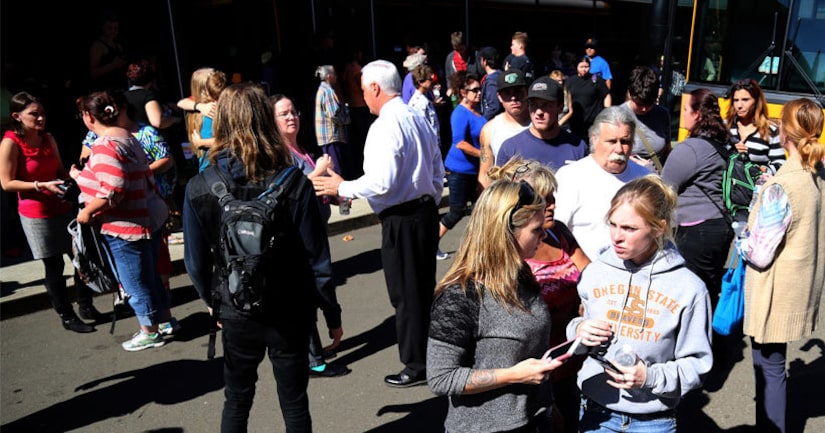 ROSEBURG, Oregon -- (KCPQ) -- Ten people were killed when a gunman opened fire at Oregon's Umpqua Community College on Thursday, forcing the nation to face yet another mass shooting.

Seven other people were injured, and the shooter is dead, Douglas County Sheriff John Hanlin told reporters. Earlier estimates had put the number of people hurt much higher.

Multiple law enforcement officials familiar with the investigation identified the gunman as 26-year-old Chris Harper Mercer. Investigators have interviewed members of his family and friends, they said.

"I will not name the shooter," Hanlin said. "I will not give him the credit he probably sought."

A law enforcement official said shooter Chris Harper Mercer had body armor with him and was heavily armed, with a large amount of ammunition -- enough for a prolonged gunfight.

It was earlier reported by authorities that 13 people were dead; that number was later revised to confirm 10 people died.

The college is located on the North Umpqua River and serves Roseburg and the greater Douglas County area.

In a 1:40 p.m. PT news conference, Douglas County Sheriff John Hanlin confirmed the shooter was deceased. He said officers responding to the shooting scene exchanged gunfire with the suspect in a building, and the “shooter threat was neutralized.” “The shooter is deceased,” Hanlin said.