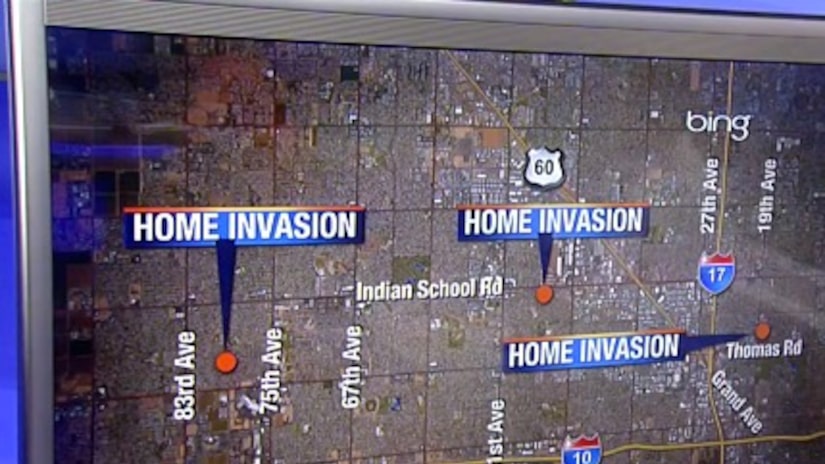 PHOENIX -- (KNXV) -- Officials are searching for at least five suspects who broke into a home in Phoenix on Tuesday morning.

According to Phoenix Police, the home invasion happened around midnight near 83rd Avenue and Osborn Road.

Officials said the suspects broke into the home while wearing body armor and carrying guns.