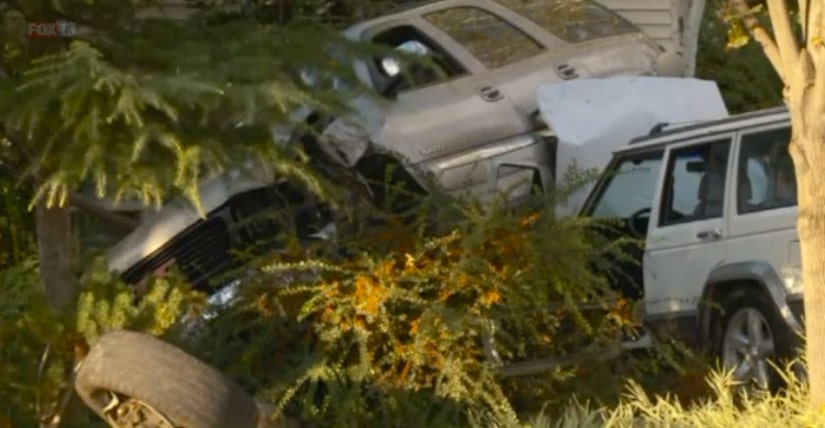 WEST JORDAN, Utah -- (KSTU) -- A teenage suspect and his male passenger were driving a tan Yukon on 90th South in West Jordan Saturday, when witnesses say the teen turned on Galilee Way and started driving enraged and out of control.

"We were laying in our bed, kind of relaxing, and all of the sudden it sounded like a car was coming through the house," said resident Spencer Vanduren.

The driver tore through Vanduren's fence in his front yard. Another resident, Malcom Mcelyea, says the suspect clipped his car. When he saw the teen driver trying to leave, Mcelyea attempted to stop him by ramming his Jeep into the teen's vehicle several times.