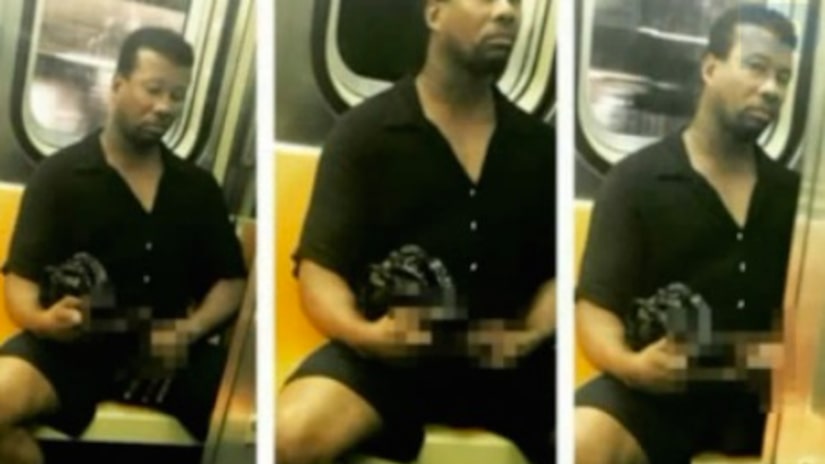 According to Gothamist, straphanger Tiffany Jackson posted the NSFW photo to Instagram to call attention to the man while complaining about the lack of help she received from MTA officials.