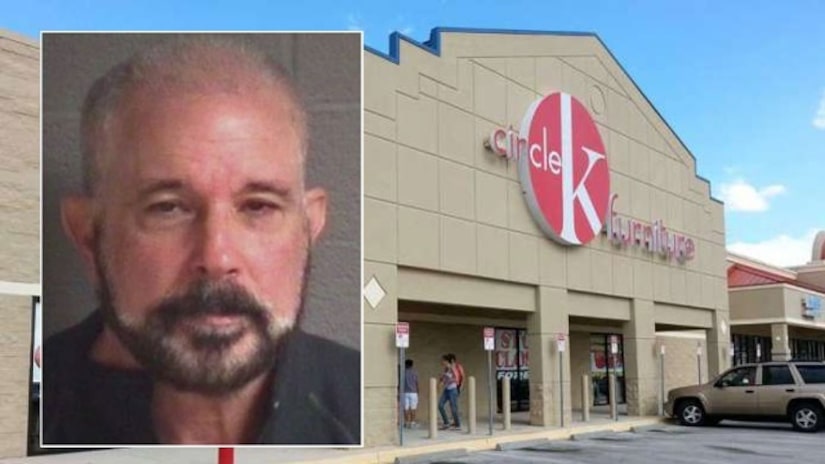 He was the millionaire CEO who lived large, and died that way too. But did Jose Lantigua die a natural death, or was there something more sinister?

Everyone in Jacksonville, Florida knew Jose Lantigua as the king of discount furniture. His commercials for his chain of Circle K Furniture stores made him a local celebrity.

Selling dining room tables and bedroom sets made Lantigua a rich man. His retirement account was worth almost $6 million, and he had a beautiful mountain retreat in North Carolina.

But one day Lantigua just closed up shop. He was dying from mad cow disease.

He moved to Venezuela for treatment. That's where he died -- or so his wife said.

But Lantigua miraculously came back to life.

The feds say it was no miracle: It was fraud, pure and simple. They say he faked his death in order to rake in millions in life insurance payouts.

Prosecutors say Lantigua's death was as fake as the faux leather chairs he sold.

And prosecutors claim Lantigua's wife, Daphne, was in on the scheme. She said he died in the resort town of Rio Chico in Venezuela and took his body 250 miles into the jungle to be cremated.

The insurance adjusters and the banks had questions from the get-go: Who goes to Venezuela to be treated for mad cow disease? Why was the body taken deep into the jungle to be cremated? And what happened to the money the banks loaned to Lantigua?

A team of private investigators flew to Venezuela to check it out. They claim the doctor who signed the death certificate never even saw Lantigua's body.

In Venezuela, Lantigua was feeling the heat, and it wasn't from his so-called cremation. He allegedly plotted his return to life and to the United States using the name of Ernest Wills, an African-American postal worker.

Federal prosecutors say Lantigua stole Wills' identity and forged his signature on a passport application. But Lantigua made a fatal mistake -- ironically by telling the truth. On his passport application he listed the address of that mountain house in North Carolina and his real wife as the emergency contact.

The feds had no trouble finding him in his hideout, in a safe room, wearing a brown toupee and a fake goatee.

And whatever happened to the Circle K Furniture stores, the cornerstone of Lantigua's empire? The chain is back in the hands of the original owner, Jim Kittrell, who set up shop in a feed barn outside Jacksonville.

Lantigua doesn't have the cash to make bail. The retirement account worth $6 million: Lantigua allegedly phonied up the document, and it really only has $38,000.

As for his accomplice wife, she's in jail too, charged with making false statements during a police investigation.

Both have pleaded not guilty.

If convicted, Lantigua faces up to 60 years in federal prison.

Jose Lantigua was arrested in North Carolina; a motion was filed to continue the case until October. There could be further federal charges coming from a Florida district.

Lantigua was found living in a safe room in a house on a big piece of property in the Blue Ridge Mountains near Asheville, N.C., about 20 minutes from the main road; not many houses are in the area.

Authorities say Lantigua had been using the alias "Ernest Allan Wills," according to authorities, an African-American man. Feds used facial-recognition technology from an earlier passport application to positively identify Lantigua.