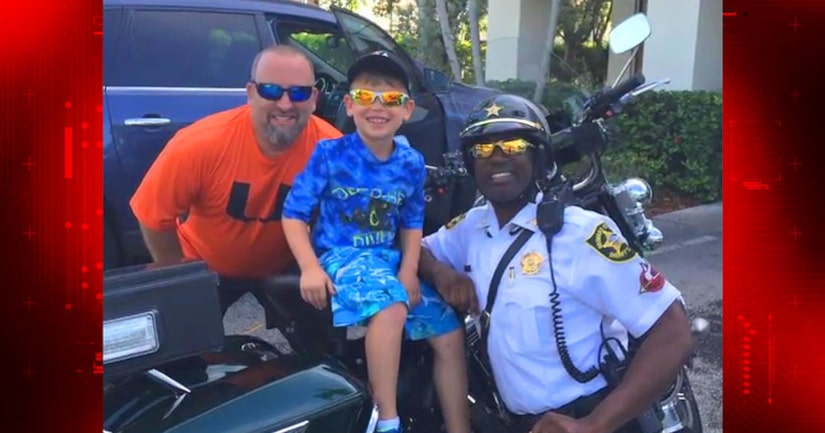 BROWARD COUNTY, Fla. -- (WPTV) -- This Florida officer had a full belly and an even fuller heart thanks to this little boy sitting on his motorcycle.

Jackson wrote on Facebook when he walked in, he felt people's eyes on him. His message said: "I could only imagine what was going through the minds of the people inside the restaurant with all the negativity surrounding law enforcement officials."

But right as his total flashed on the screen, a little boy came up to the cash register and told Jackson he'd pay for it.

The officer refused at first, but the boy's parents insisted. So, free breakfast it was.

Jackson also said it was a good thing he had his sunglasses on because he teared up.