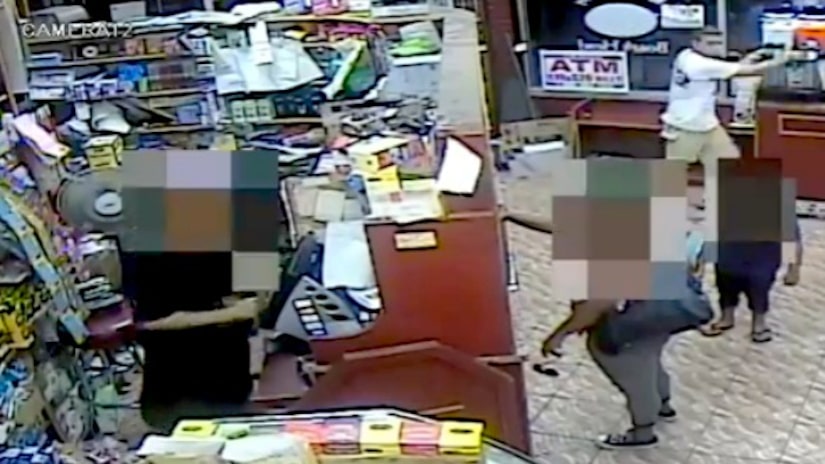 According to cops, the wannabe thief entered Glasson Deli and Grocery Store, located at 1060 Fulton St., about 9 p.m. on September 9, and tried to take items behind the sales counter when a fight ensued between him and the store clerk. The blonde-haired culprit pulled out a knife and attempted to slash him, a NYPD spokesman said.

Video also demonstrates the knife-wielding suspect attempting to fight at least two other customers and throwing items off from the wall.