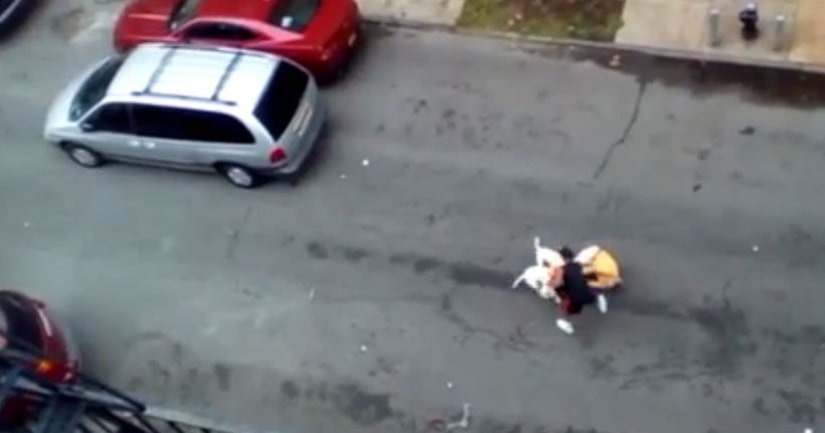 BELMONT, The Bronx -- (WPIX) -- A man was mauled when police say a woman intentionally set her pit bulls on him following an argument.

According to police, the dogs were unleashed by a woman after she had an argument with the victim.

Police say another man, 46, and others tried to intervene. Both the 62-year-old and the 46-year-old Good Samaritan were sent to St. Barnabas in stable condition.

The 62-year-old victim had his right ear severed in the attack, along with multiple lacerations and bites to his body. The 46-year-old suffered lacerations to his arms, according to police.

55-year-old Cynthia Oliver was arrested and charged with 8 counts of assault and 2 counts of reckless endangerment.