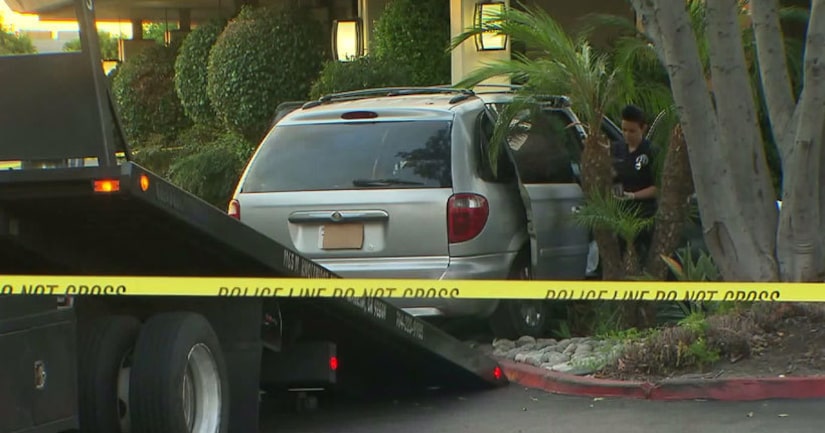 BUENA PARK, Calif. -- (KTLA) -- A man has been arrested on suspicion of murder following a hit-and-run collision Saturday that left one woman dead and another man injured in the parking lot of a Buena Park hotel, police said.

Officers responded after two victims were struck by a silver 2006 Chrysler minivan about 1:20 a.m. outside a Holiday Inn at 7000 Beach Boulevard, said Cpl. Bret Carter of the Buena Park Police Department.

The female victim was pronounced dead at the scene after being found pinned under the vehicle, said police Sgt. Shawn Morgan. She was later identified by the department as 32-year-old Jessica Lynn Brown Carvajal.

Robert Shore, 51, was transported to a hospital in unknown condition and treated for injuries that were not life-threatening, police said.

Sixty-year-old Nelson Ward Jr. was later taken into custody on suspicion of murder, Carter said. Authorities did not disclose the time of the arrest.

A motive and possible relationship between the suspect and victims were not immediately known, according to police.

Anyone with information about the collision was asked to call the Buena Park Police Department at 714-562-3974.