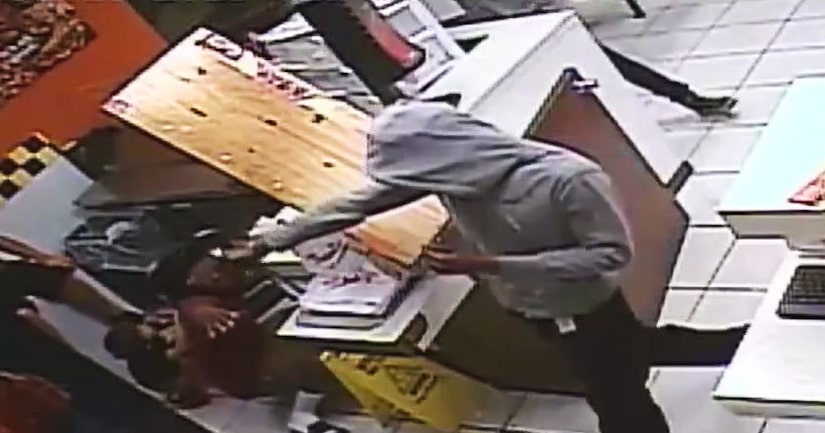 BELLE GLADE, Fla. -- (WPTV) -- Two gunmen robbed a Belle Glade restaurant Thursday night with 2 young kids inside. It's what their father, the owner of the restaurant, does next that will amaze you.

"I said please I have kids. Take the money and get out of here." Nasser Halum watched in horror as two men pointed a 9 millimeter and a 38 special at his 6 and 12-year-old. "You know, I'm sitting there with two guns on you and there's nothing you can do."

Halum is the owner of this Belle Glade Hungry Howies. He was closing up shop Thursday night when suddenly the violent pair stormed in wasting no time heading right for the register.

Both men eventually grabbed the cash and took off on foot, but that's when this story took a turn. Halum knew his children's lives had been in danger and others could be too.

He took off after them in his car blocking them off in a nearby area then calling 911. The suspects emerged after a few minutes and were quickly identified by Halum and arrested by PBSO.